Nationalist MEP and EP Quaestor David Casa published a short video which was shown at the European Parliament on Tuesday during the inauguration of an exhibition organised by MEP Lucia Ďuriš Nicholonová and Casa to commemorate slain investigative journalists Ján Kuciak and Daphne Caruana Galizia.

In a tweet, Casa wrote that Caruana Galizia was murdered more than two years ago in attempt to try and stop her from revealing the truth. “The assassins failed. Truth never dies. Truth is immortal,” he wrote.

The inauguration of the exhibition, “Immortal Truth”, which was organised to commemorate the work of the two investigative journalists that were brutally killed because of their commitment in revealing the truth, took place in the presence of the families of the Caruana Galizia and Kuciak’s families, as well as the Vice-President of the European Commission Vera Jourova and the Vice-President of the European Parliament Mairead McGuinness.

In a statement David Casas explained that the European Parliament paid tribute to investigative journalists Daphne Caruana Galizia and Ján Kuciak, during an event on Tuesday in which a work of art created in honour of the slain journalists was unveiled.

In his speech, Casa insisted that justice in both the murder of Daphne Caruana Galizia as well as with respect to her investigations, is still being prevented from running its course.

“Politicians complicit with the accused murderers are still on the loose. We will not rest until they are brought to justice, until there is real change,” Casa said.

“We must never again allow journalists to endure what Daphne and Jan endured. We will continue to do everything in our power to protect investigative journalists,” the MEP stated.

An art installation dedicated to the two journalists will be offered to the European Parliament with a request for it to be permanently exhibited at the entrance of the EP pressroom as a commemorative reminder. 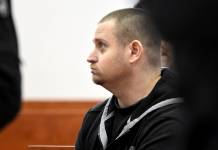