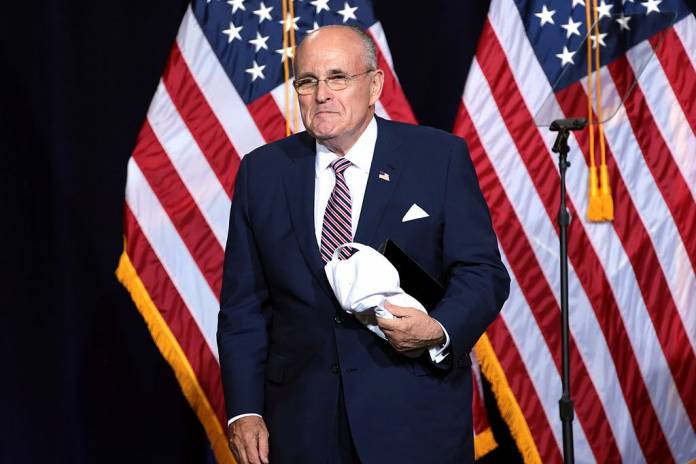 The 76-year-old former New York mayor is the latest in a long string of people close to the White House, including Trump himself.

“Rudy Giuliani, by far the greatest mayor in the history of NYC, and who has been working tirelessly exposing the most corrupt election (by far!) in the history of the USA, has tested positive for the China Virus,” Trump said, using a term for COVID-19 that has drawn backlash.

Giuliani tweeted his thanks to “friends and followers” Sunday evening for their concern about him. “I’m getting great care and feeling good. Recovering quickly and keeping up with everything,” he wrote on Twitter.

Two sources familiar with the situation told Reuters that Giuliani was at Georgetown University Hospital in Washington, D.C., on Sunday and one said he had been admitted for treatment. The hospital did not immediately respond to requests for confirmation.

Giuliani has been spearheading Trump’s effort to overturn the election loss to Democratic President-elect Joe Biden through a flurry of lawsuits. Both Trump and Giuliani have repeatedly claimed, contrary to evidence, that the outcome was marred by widespread fraud.