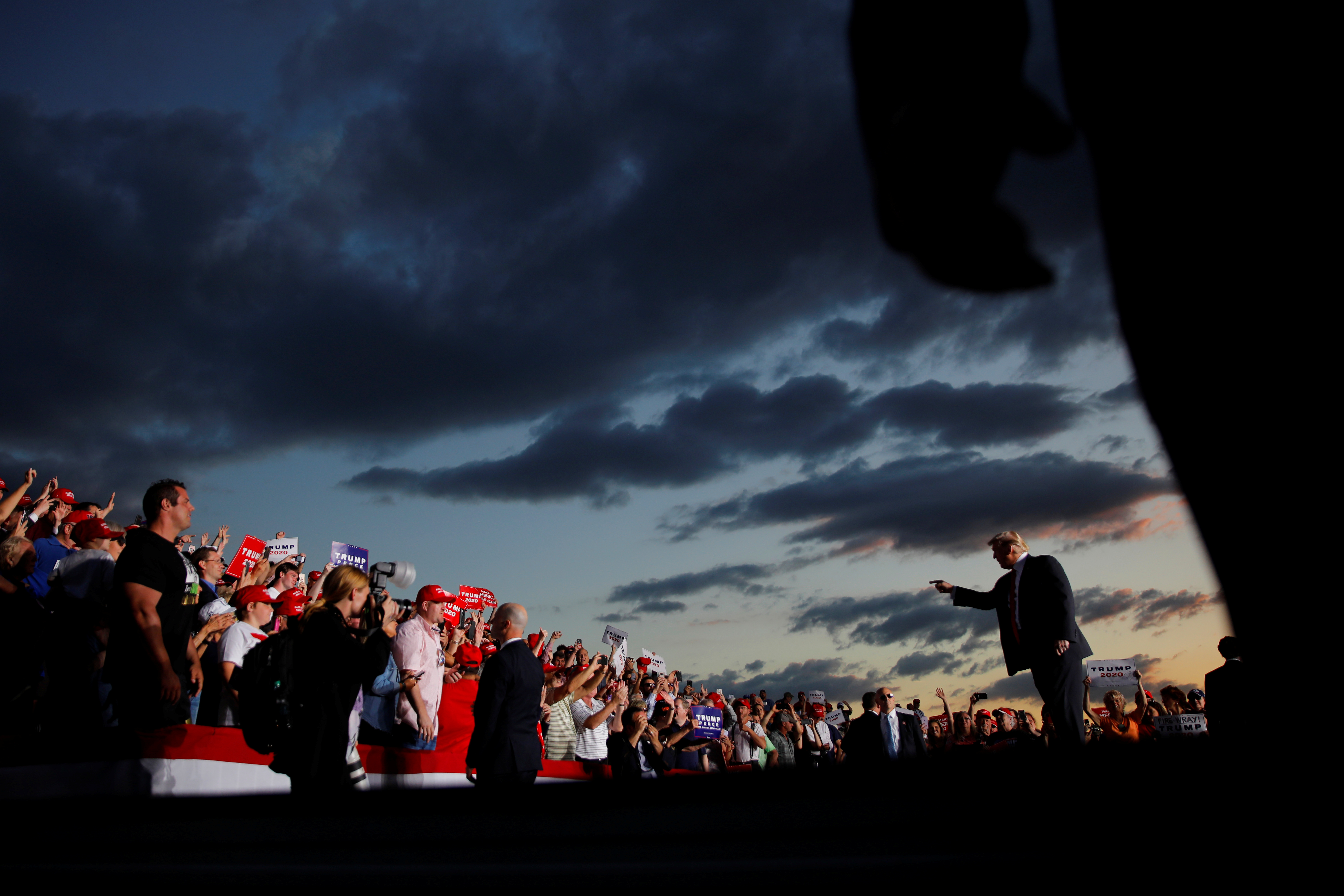 U.S. President Donald Trump, facing a potentially difficult path to winning a second term in November 2020, on Monday told supporters in Pennsylvania that his trade war had strengthened the battleground state’s steel industry and jobs.

Although Trump does not launch his re-election bid officially until next month, his appearance at a raucous rally in an airport hangar in northeastern Pennsylvania, using Air Force One as a backdrop, had the hallmarks of a campaign event.

He took aim at Democratic front-runner and former Vice President Joe Biden. “Sleepy Joe said that he’s running to ‘save the world.’ … He’s going to save every country but ours,” Trump said.

The president previewed the arguments he will make to voters in the 2020 election, crediting his trade stance with helping the U.S. economy.

Trump has waged a high-stakes trade dispute with China, and tariffs imposed by both countries on a range of goods have raised fears of a global economic slowdown.

Trump last year also imposed tariffs on steel and aluminium. He claims that the move saved and created jobs at U.S. mills as well as spurred investment such as by U.S. Steel in Pennsylvania. Many economists say that those benefits are outweighed by higher costs to U.S. companies and consumers.

Trump was stumping for a special House of Representatives election in Pennsylvania, one of three “Rust Belt” states he won in 2016 with votes from white, blue-collar voters who had previously voted Democratic.

His campaign sees the state as key to keeping control of the White House, along with Michigan and Wisconsin. A Quinnipiac University poll last week showed the president trailing the main Democratic contenders in Pennsylvania in particular.

“I’ll be seeing a lot of you over the next year,” Trump said. “Gotta win this state.”

Trump has already been raising money for his re-election and holding political rallies for many months. But he plans an official rollout for his campaign in mid-June, the four-year anniversary of when he rode the escalator at Trump Tower down to a crowd of supporters and announced his candidacy.

He is likely to hold a rally in Florida, possibly on June 15, to mark the occasion, sources said. The Trump campaign declined to comment.

Trump , who considers Florida to be something of a second home, won the state in 2016. But as is the case for Trump in many battleground states, his victory is not assured there in 2020, and he will likely face a fight to win it again.

The Trump campaign has privately expressed concern about the trio of upper Midwest swing states that provided his 2016 margin of victory, Pennsylvania, Michigan and Wisconsin.

A source close to the campaign called Trump’s position in those states “troublesome.”

“They’re awakening to the fact that they’ve got a problem. They have a solid base among Republicans but a lot of independent voters that gave them the margin in these states are not doing well,” the source said.

Since Trump took over as president in early 2017, the United States has had low unemployment and strong growth. Typically, presidents with an economy this vibrant would be strong bets for re-election.

But Trump’s polarizing presidency has given hope to a host of Democratic contenders that he can be denied a second term.

Biden has sounded a unifying theme to try to rally Americans behind his candidacy. In second place in the Democratic polls is democratic socialist Bernie Sanders.

Biden has put his campaign headquarters in Philadelphia and has held two rallies in the state during the past month.

Trump has dubbed Biden “Sleepy Joe” to try to undermine him, in much the same way as he gave Republican contender Jeb Bush the nickname “low-energy Jeb” in 2016.