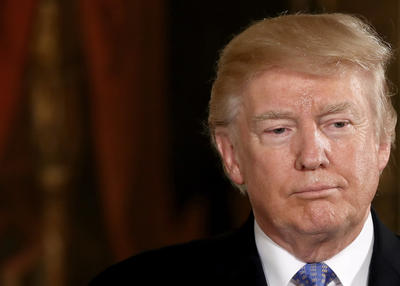 US President Donald Trump has signed an executive order promising to “keep families together” amid great controversy over the separation of migrant families who cross the Mexican-USA border.

He said this decision was taken after he been swayed by pictures of children who have been taken from parents while they are jailed and prosecuted for illegal border-crossing.  Trump had also urged lawmakers to pass a bill ending the controversial family separations.

He also wants immigration laws to be toughened under any such legislation.

“It’s about keeping families together,” Mr. Trump said at the signing ceremony on Wednesday.

“I did not like the sight of families being separated,” he said, but added the administration will also continue its “zero tolerance policy” in a bid to end illegal crossing between the two nations.

The executive order states that immigrant families will be detained together, except in cases where there are concerns about the child’s welfare, but it is unclear for how long.