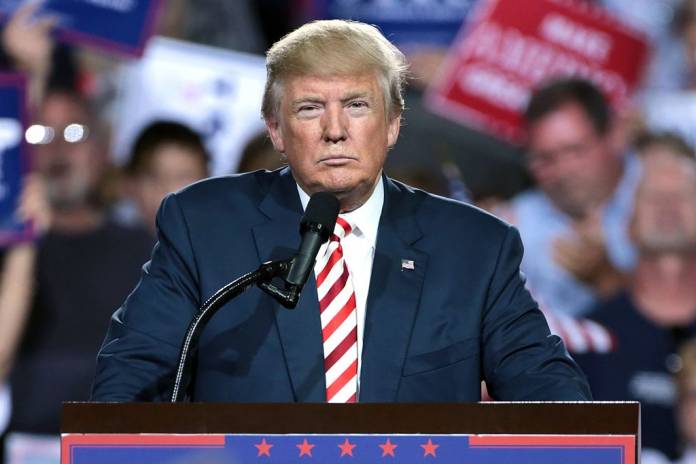 President Donald Trump said on Thursday he may return to the campaign trail with a rally on Saturday after the White House physician said he had completed his course of therapy for the novel coronavirus and could resume public events.

Trump was participating in an interview on Fox News. The American President said that he was likely to take another test on Friday.

Meanwhile the president, who sounded hoarse, said he was looking at further campaign events in the coming days, including a rally in Florida on Saturday and in Pennsylvania on Sunday.

The White House physician Sean Conley said in a memo released by the White House that Trump had responded “extremely well” to treatment without any evidence of adverse effects.

“Since returning home, his physical exam has remained stable and devoid of any indications to suggest progression of illness,” Conley wrote.

Trump pulled out of a second debate with Biden after the Commission on Presidential Debates announced that the Oct. 15 event would be held in a virtual format, with the candidates in separate locations, to ensure it could go forward whether or not Trump remained virus-free.

The interviews on the Fox networks were conducted over the phone. Other than videos released on his Twitter account, Trump has not been seen in public since he arrived back at the White House from the hospital on Monday night.

Catching coronavirus was a ‘blessing from God’ – Trump

Trump says he is ‘feeling well’