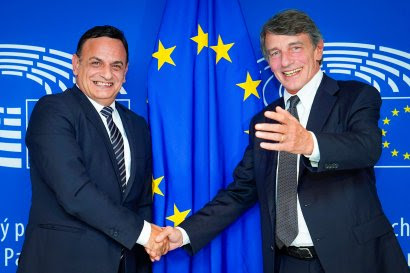 The Quaestor of the European Parliament (EP) and MEP David Casa affiliated with the European People’s Party (EPP) has made his first courtesy visit to the EP President David Sassoli. The EP President hails from the ranks of the Progressive Alliance of Socialists and Democrats (S&D).

The Quaestor’s work, media freedom and protection of journalists were amongst the topics discussed.

At the end of the meeting, Casa commented that “with the rise of populism across the European continent and with authoritarianism rising its ugly head in a number of EU countries, the European Parliament remains a bastion of democracy, human rights and the rule of law.”