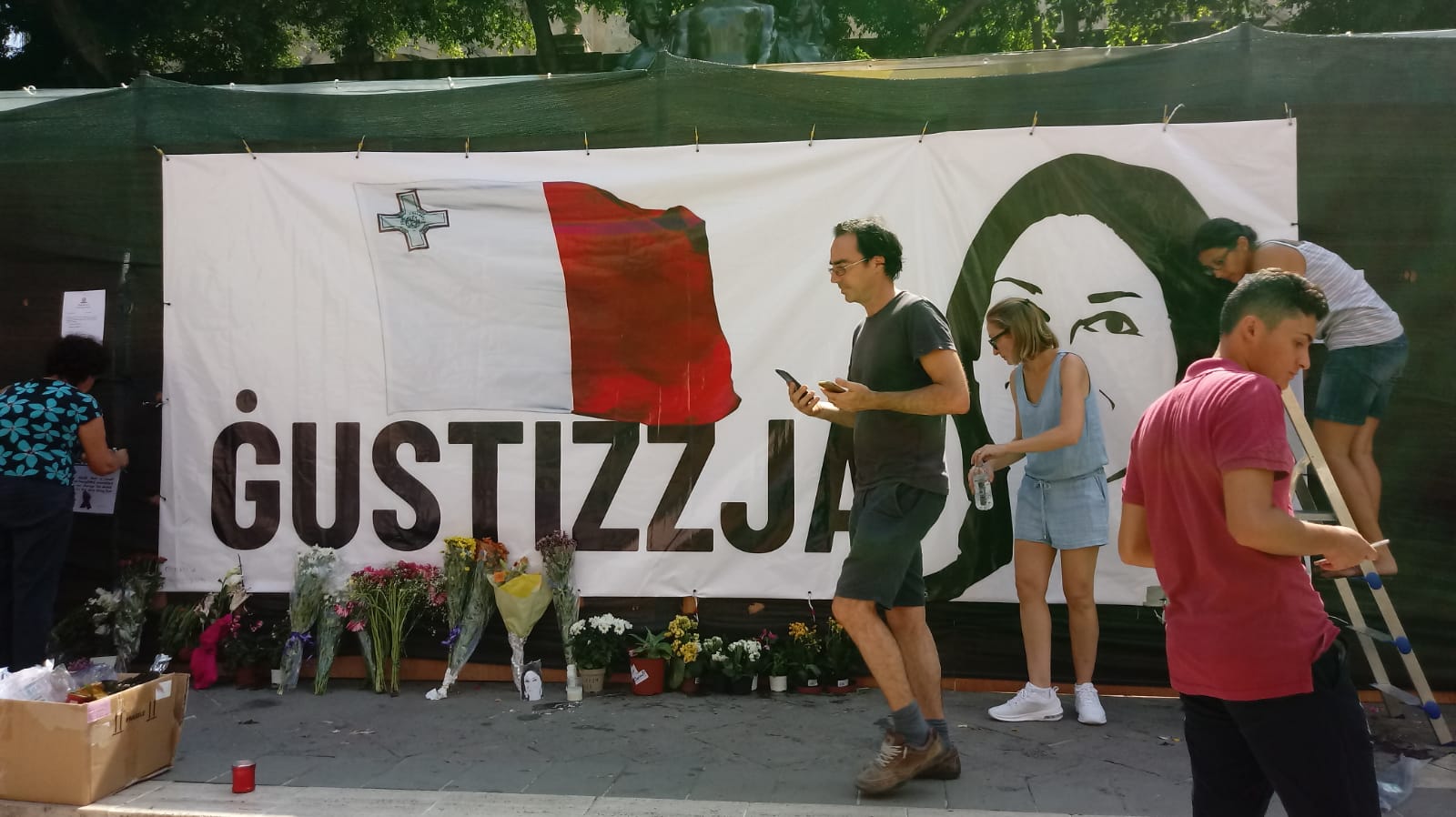 Independent journalist and blogger Manuel Delia recovered the banner which was affixed to the hoarding surrounding the Great Siege Monument.

The banner, featuring assassinated journalist Daphne Caruana Galizia and the word “justice”, the candles and flowers were removed during the night on Monday. It emerged that these were removed yet again by the Public Cleansing Department as an official document by the Police shows.

Delia filed a police report at around noon on Tuesday claiming that the banner, flowers and candles had been taken away. This was the second time that the banner is known to have been removed by Government employees in a space of a few days.The activist has since then placed the banner back in place.

On Saturday, Delia took to the court to file a temporary injunction against Culture Minister Owen Bonnici to prevent the removal of Daphne’s memorial. However, the court rejected the urgent plea to protect the memorial.

On Monday renowned Italian journalist Roberto Saviano commented on the matter commending activists from Occupy Justice. On Sunday anti-corruption activists gathered at the memorial, after holding ground for over 24 hours guarding the memorial. That same day, Delia had declared that the square was the frontline for the battle for freedom, referring to the events on Saturday.

Reuters   March 29, 2020
Hollywood actor and activist Michael Sheen urged the British government to turn empty hotels into refuges for people fleeing violence at home during the coronavirus lockdown as he warned there would be a dramatic increase in domestic abuse.

Monique Agius   March 29, 2020
The child bonus payments for every newborn or adopted child was part of the government's budget for 2020.

Certain prices are increasing due to a higher demand – MCCAA