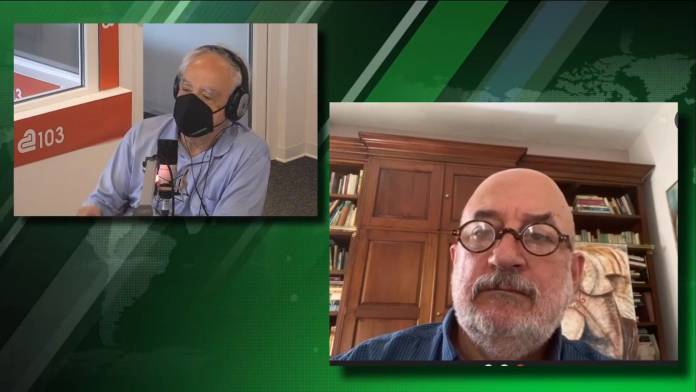 One of the mistakes made in the government’s handling of the Covid-19 pandemic was treating the economy and public health as though they were separate, according to Malta Employers’ Association director-general Joseph Farrugia.

In comments made to Newsbook.com.mt during a special programme focusing on the latest measures announced the government to contain the spread of Covid-19, Farrugia said that with this in mind, he would have preferred to see Prime Minister Robert Abela – rather than his deputy Chris Fearne – announce the new measures.

Farrugia said that the latest measures “appear to be reasonable,” in that they addressed the concerns of everyone, including employers. The consequences of the recent and ongoing resurgence of Covid-19 in Malta are also being felt in the workplace, he reminded.

As Medical Association of Malta president Martin Balzan had done earlier in the programme, however, Farrugia emphasised the need for enforcement. He recalled that when Malta was under restrictive measures during March and April, compliance had been high.

“But people have been misguided amid conflicting messages, and they have become confused,” he continued, adding that people would also lose patients the more the situation prolonged itself. However, he added, in light of the very high number of cases, it was crucial to bring numbers down to a more manageable size.

The MEA director-general emphasised that September was drawing close, and as such, one needed to think about the possible reopening of schools.

The association had itself warned, when it called for an end to mass events last month, that a failure to reopen schools would cause “chaos in the labour market.”

“It is not just an issue of public health, it will affect workplaces as well,” Farrugia warned.

Farrugia said that there was little ground for optimism at present, and that it was very difficult for employers to plan ahead as two huge unknowns loomed.

Apart from the pandemic, employers were also concerned by the threat of a grey-listing from Moneyval, the Council of Europe’s anti-money laundering body.

The two possible outcomes of Moneyval’s evaluation would lead to vastly different economic scenarios, and with the Covid-19 situation still fluid, companies could do little but guess what may happen until the end of the year.

Farrugia also emphasised that while tourism was obviously strongly affected by the pandemic, practically all sectors took a hit. He mentioned manufacturing as an example, with exports dropping amid a global economic contraction and reduced demand.