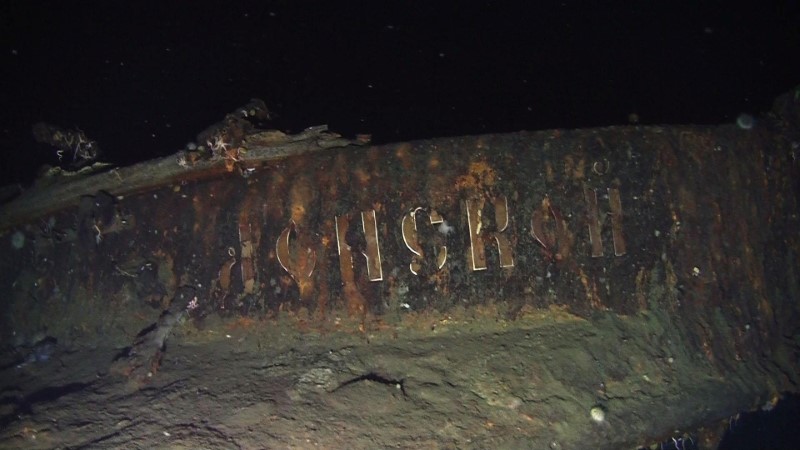 A South Korean company’s claims that it has discovered the wreck of a Russian warship containing $130 billion in gold “treasure” off South Korea has been met with scepticism from researchers and regulators in Seoul.

Shinil Group, which was established last month, said on Tuesday it had discovered the wreck of the Dmitrii Donskoi, a Russian armoured cruiser built in the 1880s and sunk in 1905 after battling Japanese warships.

The company said the ship held 150 trillion won ($130 billion) in gold and it would provide evidence next week to support its claim. It was the “only entity in the world” to have discovered the ship, it said in a statement.

The release was accompanied by photos and video of a wreck, including a section that appeared to show the ship’s name. It said the search team included experts from Britain, Canada and South Korea.

“We believe there are gold boxes, and it’s historically proven,” company spokesman Park Sung-jin told Reuters. “The boxes were very tightly lashed, indicating there are really precious stuff inside.”

The announcement though was disputed by the government-run Korea Institute of Ocean Science and Technology (KIOST), which told South Korean media that it discovered the wreck in 2003.

The institute did not respond to a request for comment, but its website showed photos dated from 2007 of what it said was the wreck, along with maps of its general location.

A South Korean construction company has also laid claim to being the first to discover the Russian warship, South Korean media said.

Some academics have cast doubt on past reports that the ship is laden with treasure. South Korean financial regulators also cautioned against investing in treasure hunting ventures.

Shinil Group’s Park said KIOST’s claim to have found the wreck was “fraudulent” and that the existence of gold is backed up by historical records.

He said the company will unveil details about what it has found in the boxes at a press conference next week, and it plans to contract a Chinese salvage company to recover the wreck.

Adding further confusion, Park said a website under Shinil Group’s name and including its contact information was not affiliated with the group.

The website described a newly launched “Donskoi International” crypto currency exchange as linked to the find. The website said it would “share profits” from the Russian wreck with the public by handing out its virtual currency to anyone who signed up to use the exchange. It promised additional coins to those who helped sign up others.

“Investors need to be cautious as it’s possible they could suffer massive losses if they bank on rumours without concrete facts regarding the recovery of a treasure ship,” the regulator said in a statement.

A spokesperson for South Korea’s Ministry of Oceans and Fisheries said ownership of a wreck would be determined after consultation by a number of agencies, including the coast guard and the Ministry of Foreign Affairs, and would require a monetary deposit by the company.

The Ministry of Foreign Affairs said it had not discussed the issue with Moscow.