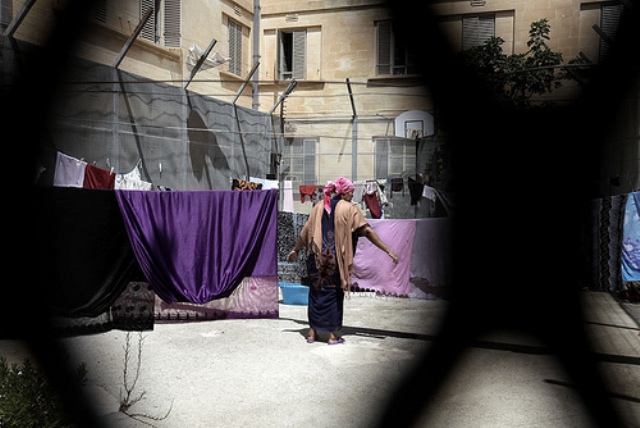 105 asylum seekers received care at Monte Carmel hospital for the period between January and October 2019. The number has doubled from 2017, where 53 individuals received care. In 2018, the number stood at 79.

The majority of those admitted to the mental health institution, were suffering from suicidal intent, depressive disorders, delirium due to physiological conditions, intentional overdose, acute reaction and adjustment disorders, paranoid schizophrenia, manic episode severe with psychotic symptoms among others.

Newsbook.com.mt reached out to professionals in the field for comments on the complex subject of mental health and asylum seekers.

Dr Camilleri observed that the barriers that asylum seekers and refugees face, are further compounded by any language barriers that may exist. Additional hurdles include the cultural aspects and misconceptions which may exist. She added that during her work she has come across clients who are affected by their life experiences in Malta, highlighting, the duration of the asylum process, periods of detention and life away from their country of origin and the loss of family, identity and cultural connections.

Dr Paulann Grech, a lecturer from the Department of Mental Health at the University of Malta commented on the journey that asylum seekers take in order to seek a better life.

“The journey itself poses a high physical and mental health threat to the fittest being,” Dr Grech remarked, adding that many a time the public would be less aware of the events that happened before and after.

Dr Grech explained that the asylum seekers fleeing their country have experienced severe traumatic events, either directly or indirectly; she mentions direct experience of torture, continuous anxiety, distress and fear, physical assault, malnutrition, property loss and harsh environmental conditions. She also noted that once they arrive to a safer place, a post-migration trauma often ensues.

“This is the result of prolonged separation from loved ones, loss of identity and challenges with settling in a host country, which is not often the refugee’s choice,” she added.

When treating mental health issues experienced by asylum seekers, Dr Grech remarked that in addition to medication there are several therapies which can be effective. These include Stress Inoculation Training, Prolonged Exposure and Trauma-Focused Cognitive Behavioural Therapy (TF-CBT) among others. The latter is among the methods recommended as the first line of approach by the World Health Organisation.

Where are we leaving those who suffer compounded, complex traumas?

Newsbook.com.mt also reached out Diana Tudorancea who works as a counsellor specialising in migration.

Tudorancea recalled a keynote address at a conference on trauma organised locally which, in her opinion, foreshadowed the events at the Ħal Far protests which eventually turned violent.

“We’re only here to say that re-traumatisation of already tormented people will create a collective trauma for the whole society,” Ms Tudorancea recalled from the conference, noting the ‘scary accuracy’ of what happened days later.

Tudorancea’s experience in assisting asylum seekers spans over many years both in a voluntary capacity as well as an NGO worker. She remarked that migration has always been a tough environment.

Speaking about the affected individuals, she underlined that they have been “horrendously traumatised, with some still going through the worst periods of their lives, trapped in a legal limbo that they don’t understand” after escaping extreme violence, poverty, persecution and in a country where people do not understand their language.

Speaking about the Ħal Far incidents, Tudorancea stressed that the actions did not exist without a context.

“This was a result of months and months of frustration, anger, sometimes paired with people having to re-live the chaos of Libya,” she observed.

Wondering whether those working directly with asylum seekers are ‘super humans’, Tudorancea lamented the lack of human resources. Based on her personal estimates, she remarked that there are only three mental health professionals working full time with over three thousand people.

“The consequences of systematic problems will affect not only the asylum seekers but the workers who are involved and also society at large,” Tudorancea remarked.

Mental health issues such as complex post-traumatic stress disorders and long episodes of depression, put a hurdle in the integration process, Tudorancea explained, as she called for more integration between services, and a multi-sectoral approach which would help asylum seekers heal and be able to carry on with their lives.

John Paul Cordina   July 6, 2020
People should make sure to take the flu vaccine later this year in a bid to minimise the risk of the next influenza season being aggravated by the possible presence of Covid-19, Health Minister Chris Fearne said.

Reuters   July 6, 2020
The strict rules halting business and movement for two months offered an unprecedented opportunity to monitor the impact of human activity on the sea that surrounds Italy.