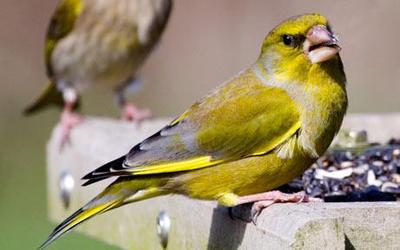 Birdlife Malta has written to EU Commissioner Virginijus Sinkevičius pointing out “the desperate and defiant move by Prime Minister Robert Abela on behalf of the Government of Malta” to reopen the trapping season even though the European Court of Justice, ECJ, decreed against the opening of the trapping seasons in 2014 to 2017, judgement dated 21st June 2018.

On Sunday, the government announced that the song thrush trapping season will open as from tomorrow, Tuesday October 20th and will close on the 31st of December. It was also announced that the season for golden plover will commence on the 1st of November until January 10th, 2021.

The seasons will close once the quotas are reached. The national quota for song thrush will be that of 5,000 and 700 for the golden plover.

The Ministry for Gozo, which is also responsible for hunting announced that hunting will be permitted from two hours before sunrise to two hours after sunset.

It was also stated that there will be no individual or daily quotas. The Ministry also announced that the mentioned species which are caught and are wearing a scientific ring will have to be recorded and are to be released immediately.

Also, birds caught have to be immediately reported on the number indicated by the authorities and trappers are obliged to report their catch with immediate effect.

In the meantime, Gozo Ministry also announced that the research period for greenfinch, goldfinch, linnet, serin, chaffinch, siskin and hawfinch will also open on Tuesday and will last until December 20th, 2020.

“We have entered a dark age for the environment in Malta”

BirdLife Malta CEO Mark Sultana stated that this is a desperate attempt to bow to a small vociferous lobby that is being allowed to trap seven species of finches under the premise of a research project.

“Everyone knows that the absolute majority of trappers will keep the birds caught since they know that there is no monitoring and enforcement. The trapping season, with the excuse of research, is a sick joke. Apart from this, it is a known fact that the numbers of birds hunted or trapped and reported by Maltese hunters and trappers over the years is far below the numbers caught,” said Sultana.

The Birdlife CEO stated that this Government appears to be committed to take Malta backwards when it comes to wildlife protection as “we have entered a dark age for the environment in Malta.”

Last week 12 Short-toed Eagles were gunned down in Malta, two flamingos were literally snatched from a nature reserve, and the Prime Minister of Malta handed over the two largest tree-covered zones in Malta (Miżieb and Aħrax) to the hunters and trappers.