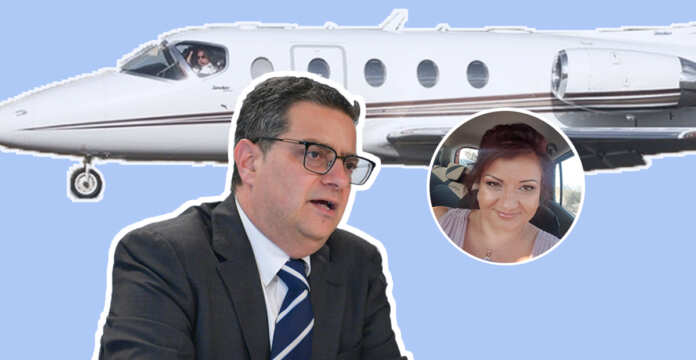 Partit Nazzjonalista leader Adrian Delia said that responsibility ultimately lies on Minister Ian Borg who is also responsible for the Planning Authority, and that he should provide answers on why government representative and Planning Authority Board Member Jacqueline Gili was flown in on a private jet to attend a hearing during which the PA board approved the db Group project on the former ITS site in Pembroke.

In comments he gave to Newsbook.com.mt, Delia said that the behaviour ought to be investigated given the number of questions it raised. Delia asked whether Gili was aware of the hearing scheduled for 20 September, and if she knew it would take place on the 20 September why did she choose to go on holiday just the same. He also asked whether she had informed she would be away for the hearing and whether she was granted permission to leave on holiday. Finally the Opposition Leader asked who paid for the expenses.

Newsbook.com.mt attempted to contact Transport Minister Ian Borg through the Ministry however this newsroom did not manage to obtain a comment from Borg.

PD says it lacks faith in the Board

A Partit Demokratiku spokesperson said that the Party lacked faith in the Planning Authority board. The spokesperson argued that given the fact that the Board’s chairman Vince Cassar attempted to distance himself from the decision, the Party would like to know who paid for the trip.

PD also raised questions about the urgency to have Gili present for the said meeting given that she had already missed 25 out of 75 hearings before Thursday 20 September.