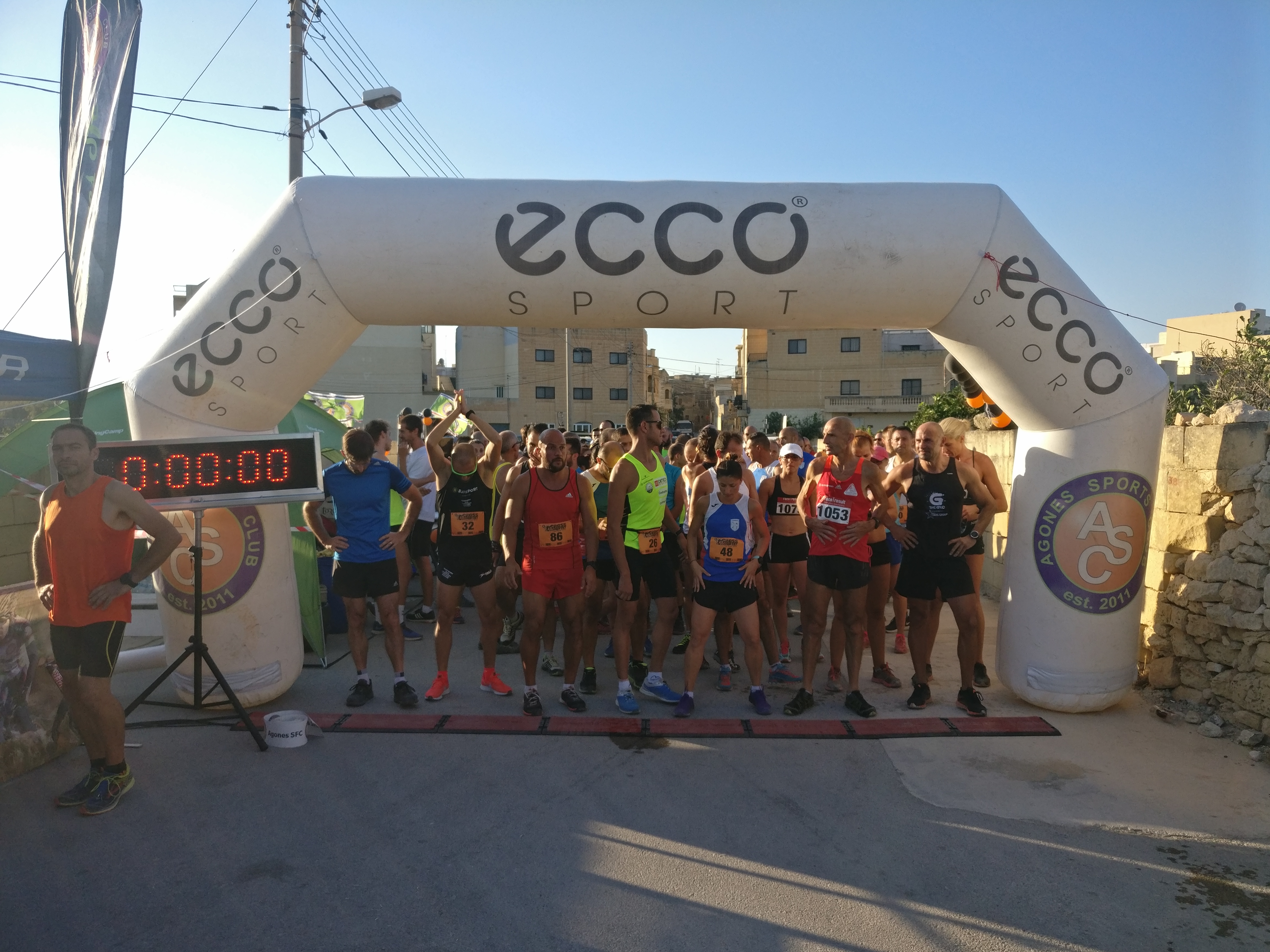 The off-season race, Torq5km Trail Run, organised by Agones Sfc around the outskirts of the village of Gudja attracted an abundance of athletes this year. Up until a few years ago, Trail Running was a sport of only a few enthusiasts who would meet to run and explore the Maltese countryside.

The winners of the race were Tara Abdilla and Drew Lang, two veterans of running. Abdilla discovered trail running earlier this year when she participated in and won the series of trail running events organised by Agones Sfc.

Drew Lang is a familiar face, although new to the sport of trail running, and won first place by a few seconds, leaving Pierre Chicco in second place and Natalino Farrugia in third.

“Trail running is not an expensive sport. All you need is a good pair of shoes. This type of running takes people away from the busyness of the road and to the silence of the countryside, which is why it is becoming more popular as a sport,” explained Warren Muscat, President of Agones Sfc.

Torq5km was supported by Torq and the Malta Amateur Athletics Association. The prizes were awarded at the end of the race.

More information about Agones Sfc and their events can be found on their website or Facebook page.

Sport is an indispensable educational tool