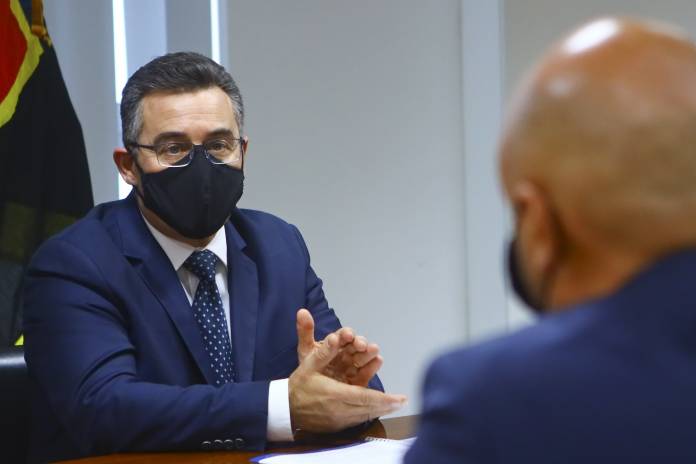 The tourism sector should not have to bear the brunt of Prime Minister Robert Abela ‘irresponsible’ behaviour and his response to the coronavirus pandemic, Opposition leader Bernard Grech told representatives during a meeting held on Tuesday.

Partit Nazzjonalista met the Malta Hotels and Restaurants Association on Tuesday. During the meeting Grech maintained that Abela’s behaviour and the impression that the battle against coronavirus was won led to serious issues and difficulties which the tourism sector is now left with.

In a statement following the meeting, Grech highlighted the need for a clear direction on the way forward. He stressed that the public needs to feel a sense of civic responsibility and adhere to the regulations aimed at curbing the coronavirus. This would in turn help sectors such as tourism which are important to the economy to recover.

Grech also spoke about the need to explore different ideas to improve the touristic product by making it more attractive. At the same time, the country needs to be in a position to offer security and peace of mind to those tourists who choose to spend their holidays in Malta.

The Opposition leader noted that each time a country places Malta on its quarantine list, the sector suffers as well as the economy. He maintained that the government’s response to the pandemic has a direct impact on the sector and other crucial sectors.

MHRA president Tony Zahra stressed the importance of saving the industry since it is one of the largest industry. He added that the government has to plan for the industry’s future in a post-pandemic scenario. The government needs to continue assisting businesses in the sector especially in the case where we would need to learn how to live a new normal. Winter will be a great challenge to local operators given the current situation, Zahra said, adding that they need all the assistance that they can get to keep sufficient economic activity going and retain jobs.

During the meeting, the Opposition and MHRA discussed other themes including the wage supplement and the voucher system.

MHRA presented its pre-budget document to the Opposition.

On Tuesday, Grech also held a meeting with the Union for Professional Educators – Voice of the Workers (UPE).

The need for an urgent social dialogue involving all stakeholders in the education sector and in view of the coronavirus pandemic was discussed during the meeting.

Grech noted that educators adapted their lessons to continue with their work during the pandemic and despite of the mitigation measures in place. The Opposition leader urged the government to keep in regular contact with educators and their unions.

UPE’s chief executive Graham Sansone remarked that UPE which was recently formed is seeing many members join. He explained that the UPE would like to participate in the discussions but is facing certain issues including access to certain schools. Graham remarked that during the past years, the education sector experienced several reforms leading to uncertainties among educators.