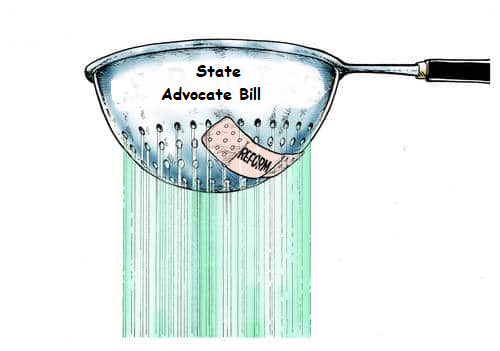 The Partit Demokratiku described as a ‘farce’ the bill to implement a separation between the roles of the Office of Prosecution and that of the State Advocate. Calling it worse than window dressing, it slammed the proposed bill as “a bad joke”.

The PD said that the State Advocate is an advocate to the whole State, including Parliament and Constitutional Bodies, and not just Government. Such an office, maintained the PD, should be independent and its interest should be to uphold the Rule of Law and the Constitution while refusing to adopt partisan positions.

The bill is a sieve and a bad joke – PD

“The amendments noted in the Bill are open-ended, vague and incorrect. The appropriate checks and balances are just not there,” stated Opposition PD Hon Godfrey Farrugia.

“This bill is a sieve. It has major problems as it has poor personal, functional, institutional, financial and legal independence. If these are not entrenched by effective amendments, the Office may be bypassed, disabled or controlled. Furthermore, the independence of the Office must be balanced by accountability. Where is that?” stated Opposition PD Hon Marlene Farrugia.

Partit Demokratiku asked government to put its cards on table and immediately publish the first readings of the other recently tabled bills in response to the Venice Convention. “One cannot study such a scenario in isolation” insisted the PD, adding that the Constitution is a social contract of the people of Malta and Gozo where all stakeholders must be consulted.