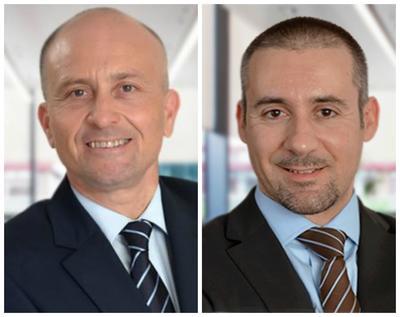 The Accountancy Board has decided to institute disciplinary proceedings against Nexia BT’s Brian Tonna and Karl Cini in the wake of their arrest earlier this week, suspending their accountancy warrants in the process.

The board has also suspended the two men’s Practising Certificates in Auditing, as well as the registration of Nexia BT and its subsidiaries BTI Management Limited and Nexia BT Advisory Services Limited.

It said that it took the decision to institute disciplinary proceedings “following the conclusion of the magisterial inquiry by Magistrate Natasha Galea Sciberras and related developments.” The inquiry looked into claims that Nexia BT facilitated the payment of kickbacks to Keith Schembri, the chief of staff to disgraced former PM Joseph Muscat, on the sale of passports.

Tonna is the founder and managing partner of Nexia BT, while Cini is its tax and international services partner. They have been at the centre of numerous controversies in recent years after the Panama Papers revealed that they had set up offshore structures for then-Minister Konrad Mizzi and for Joseph Muscat’s chief of staff Keith Schembri.

It was also revealed that they had sent emails stating that Mizzi and Schembri’s companies were to receive thousands of euros a day from 17 Black, an Emirati company which was eventually revealed to be owned by Yorgen Fenech, the former Tumas Group CEO and ElectroGas director who stands accused of ordering the murder of Daphne Caruana Galizia. The same emails also mentioned another Emirati company by the name of Macbridge, whose owner has not been conclusively identified, as a source of funds.

The conclusion of Galea Sciberras’ inquiry set the wheels in motion, with the court ordering the freezing of assets held by the three men, others linked to Nexia BT and Schembri’s company Kasco, as well as the assets of family members and related companies.

Hours after the order was issued, Tonna, Cini and Schembri were arrested. All have been released on police bail following questioning.

Accountants need a warrant to practice their profession, as specified in the Accountancy Profession Act. The Accountancy Board is the public body set up to regulate the profession and oversee the issuing of warrants.