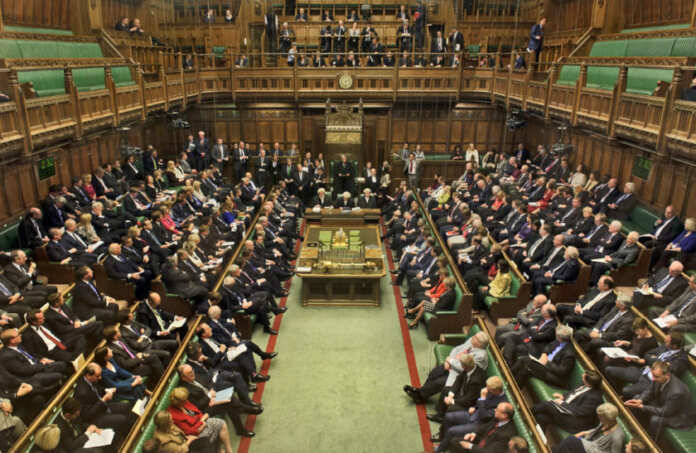 He tweets that with the decision made by the Parliament, it is now time for people to pledge their support to the Brexit Party.

The House of Commons has just voted to extend Article 50 and delay Brexit. This is an outrage.

The time has come to pledge your support to The Brexit Party.https://t.co/QXOkndZhtj pic.twitter.com/mUpi1KH8Lp

Reacting to the news of the UK Parliament’s decision to delay Brexit, the UK coordinator for the Take A Break From Brexit campaign, Andrea Pisauro, told Newsbook.com.mt that the delay was ‘a step in the right direction.’

‘Rejecting the government’s deal and the catastrophic no deal and approving an extension of the article 50, Parliament has done the right thing. Now someone needs to come up with a plan to bring the country together … It’s a step in the right direction which proves that the extension was the only way to break the parliamentary deadlock, as we always said’

Take A Break From Brexit has been actively seeking an extension to Brexit aimed at democratising the process.

‘This is not democracy, this is blackmail’

They are currently gathering signatures to lobby the Government to seek an extension:

today #BrexitVote is about #extending #article50. Anything else is disingenuous #Brexit https://t.co/vbjDClAO33

Parliament votes in favour of Brexit delay until June 30th

The main government motion calling for a Brexit delay until the 30th June, has passed by over 400 votes. This is conditional on MPs supporting a withdrawal agreement by the 20th March.

If no agreement can be found, an extension will have to be found through the government requesting such a move through the EU. This would mean the EU would be responsible for deciding the terms of the extension.  The Prime Minister had warned MPs that this could be up to three months.

Commons votes 412 to 202 to approve a motion to seek to extend the #Article50 period.

It notes that if a deal is not approved, the length of the extension will depend on its purpose. pic.twitter.com/Noe08xFJsJ

Amendment E – Labour’s attempt to find a new direction on the Brexit process and extend it to prevent a No-Deal Brexit, has also dropped.

House of Commons votes 318 to 302 to reject @jeremycorbyn's Amendment (e) to the #Article50 extension motion.

It would have instructed the Prime Minister to seek an extension to provide parliamentary time for MPs to find a majority for a different approach. pic.twitter.com/YfmKVysKeX

This is Take A Break From Brexit’s reaction to the Labour Amendment being called.

Labour amendment to extend Article 50 is spot on! 💥

The extension should "provide parliament time for this House to find a majority for a different approach".

Amendment seizing control of the Parliament clipped by 2 votes

Amendment I has been voted down by a narrow two vote margin.

Had the amendment gone through, it would’ve seen MPs take control of the Brexit process and parliamentary time from the 20th March, offering indicative Brexit votes to MPs.

House of Commons votes 314 to 312 to reject @hilarybennmp's Amendment (i) to the #Article50 extension motion.

It would have given cross-party backbenchers control of parliamentary time next Wednesday in order to "find a way forward that can command majority support". pic.twitter.com/j5VEfojplq

A further rejection in the House of Commons as MPs vote against an amendment of the Hilary Benn Amendment calling for an extension of the Brexit process until 30th June.

MPs are now leaving the chamber to vote on the actual Benn Amendment, Amendment I

House of Commons votes 314 to 311 to reject @LucyMPowell's manuscript amendment to @hilarybennmp's amendment (i).

This amendment would have specified a new Brexit date of 30 June 2019 and rewritten Amendment (i) to include that date. pic.twitter.com/rwD9qBi2hk

Amendment H – MPs have voted against the amendment for the Prime Minister to proceed with a Article 50 extension.

House of Commons votes 334 to 85 to reject @sarahwollaston's Amendment (h) to the #Article50 extension motion.

This would have instructed the Prime Minister to seek an extension and hold a public vote on remaining in the EU or leaving on "terms determined by Parliament". pic.twitter.com/e6VeJonZnm

Labour MP says she’s resigned from the party front bench over her determination to vote against a second referendum.

I've resigned from Labour's front bench this evening in order to vote against a second referendum. This was a difficult decision but I have a duty to support the will of my constituents. We need to leave, and leave with a deal that works for the Potteries https://t.co/yOtP1jWsmS

Speaker of the House of Commons John Bercow, has selected four amendments in this evening’s Brexit Delay vote.

Tonight’s amendments form the next stage in the Brexit story, following yesterday’s decision by the Parliament to categorically rule out a No-Deal Brexit and on Tuesday when MPs once again voted down the Prime Minister’s  Brexit withdrawal deal.

The amendment that has gotten the most hype so far is Amendment H, the call for the extension of Article 50 in order to carry out a second referendum.

The amendment is the preferred Brexit option of the Remain camp and the Parliament.  The Prime Minister has always been against such a vote instead favouring her plan to ‘fulfil’ Brexit.

The Independent Group MP Sarah Wollaston proposed the motion which has been supported by fellow independent MPs from the Conservative and Labour parties.  There is also support coming from the Liberal Democrats and some pockets of support from MPs from other parties.

A concept which has been threatened by the Parliament towards the Prime Minister is that MPs could seize control of the Brexit process.

The concept has now become a reality with the Conservative MP Sir Oliver Letwin and Labour MPs Hilary Benn and Yvette Cooper proposing the amendment.

The wording of the amendment reads that it would, ‘enable the House of Commons to find a way forward that can command majority support.’ This would be done through a series of indicative votes made by MPs.

If successful, MPs within the House of Commons would take control.  On Wednesday 20th March, government business would no longer take precedence over Parliament.

Through a motion brought forward by 25 MPs, all matters pertaining to the UK’s leaving the EU would take priority.

It is understood that there is also a further amendment to this amendment proposed by MP Lucy Powell, to see the process extended to the 30th June.

Brexit: ‘Extended negotiations should not serve to postpone a no-deal’ – Sant

Updated: British public to get Final Say on the Brexit deal?

Uncharted territory for British Commons as Brexit goes into tailspin

The amendment put forward by the Labour Party calls for a Brexit delay giving time for the Parliament to try something new in the wake of the current deal being rejected as well as there being No-Deal.

Their amendment reads, ‘to provide parliamentary time for this House to find a majority for a different approach.’

Labour leader Jeremy Corbyn has said that his party has a strategy for working with the EU which include a customs union, which he feels will garner more support in the commons.

The Prime Minister and Mr Corbyn have regularly argued over the viability of this.

The fourth and final amendment chosen by the Speaker is that MPs should not be voting for a third time on the current Brexit deal.

The Speaker of the House today rejected an amendment which would rule out the second referendum. This has caused controversy with key Brexiteers like Sir Bernard Jenkins who feel this reflects a bias on the part of Mr Bercow, towards the EU.

MPs will also be voting on a main parliamentary motion to seek a general delay to the Brexit process to last until 30th June.

This would take place on condition that MPs approve the current withdrawal deal by 20th March.

If rejected, the Article 50 extension will be in the hands of the EU to decide. May has warned this could be longer than three months.