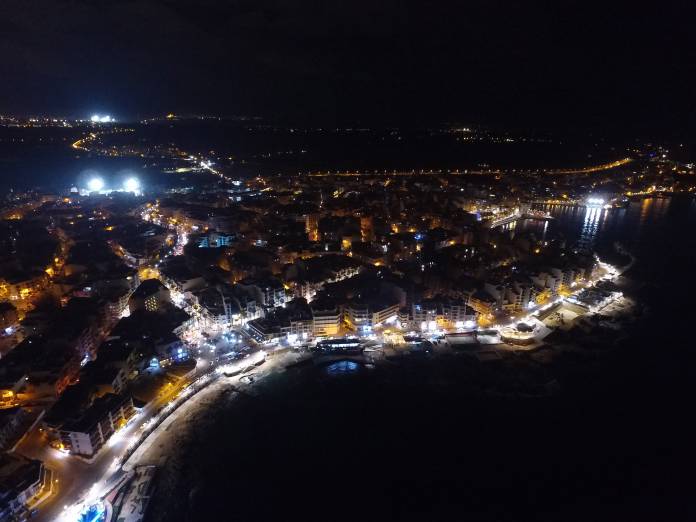 Through its LIFE Arċipelagu Garnija project, which seeks to secure the Maltese islands for the vulnerable Yelkouan Shearwater, BirdLife Malta has published a set of guidelines seeking to bring about ecologically-responsible lighting in the Maltese islands.

The Yelkouan Shearwater (Garnija) is a seabird that can only be found in the central and eastern Mediterranean, and Malta is home to approximately 10% of the species’ global population.

But light pollution is a key threat to the species, and the present trend which involves the overuse of bright white LEDs across the Maltese islands is not helping.

BirdLife noted that since the Yelkouans are particularly sensitive to light pollution, this was one of the main issues addressed by LIFE Arċipelagu Garnija, a project which comes to an end this year. One of the project’s objectives was to reduce light pollution around the birds’ breeding colonies in the country.

However, the NGO said that in spite of all these efforts, it was evident that the problem could only be solved through a holistic approach, leading it to publish the new guidelines for different stakeholders. It has also submitted a set of policy recommendations related to the same topic to policymakers.

Its guidelines seek to provide local councils, architects and developers with best-practice guidelines on the design and assessment of suitable, cost-effective and seabird-friendly lighting, with the primary aim of promoting the ecologically-responsible use of outdoor lighting.

The government had published its own light pollution guidelines earlier in the year, to which BirdLife contributed with a number of proposals. The NGO said that it welcomed the publication of these guidelines as the first concrete step towards mitigating the effects of light pollution on biodiversity, and that it was looking forward to provide more feedback during public consultation.

“Whilst BirdLife Malta has played a leading role in researching the environmental impacts of artificial light at night, especially through our LIFE Arċipelagu Garnija project, we can only hope that the guidelines we have just issued together with the positive steps taken by the Government will finally result in the formation of a policy on light pollution for Malta which has now become a national urgency,” it concluded.