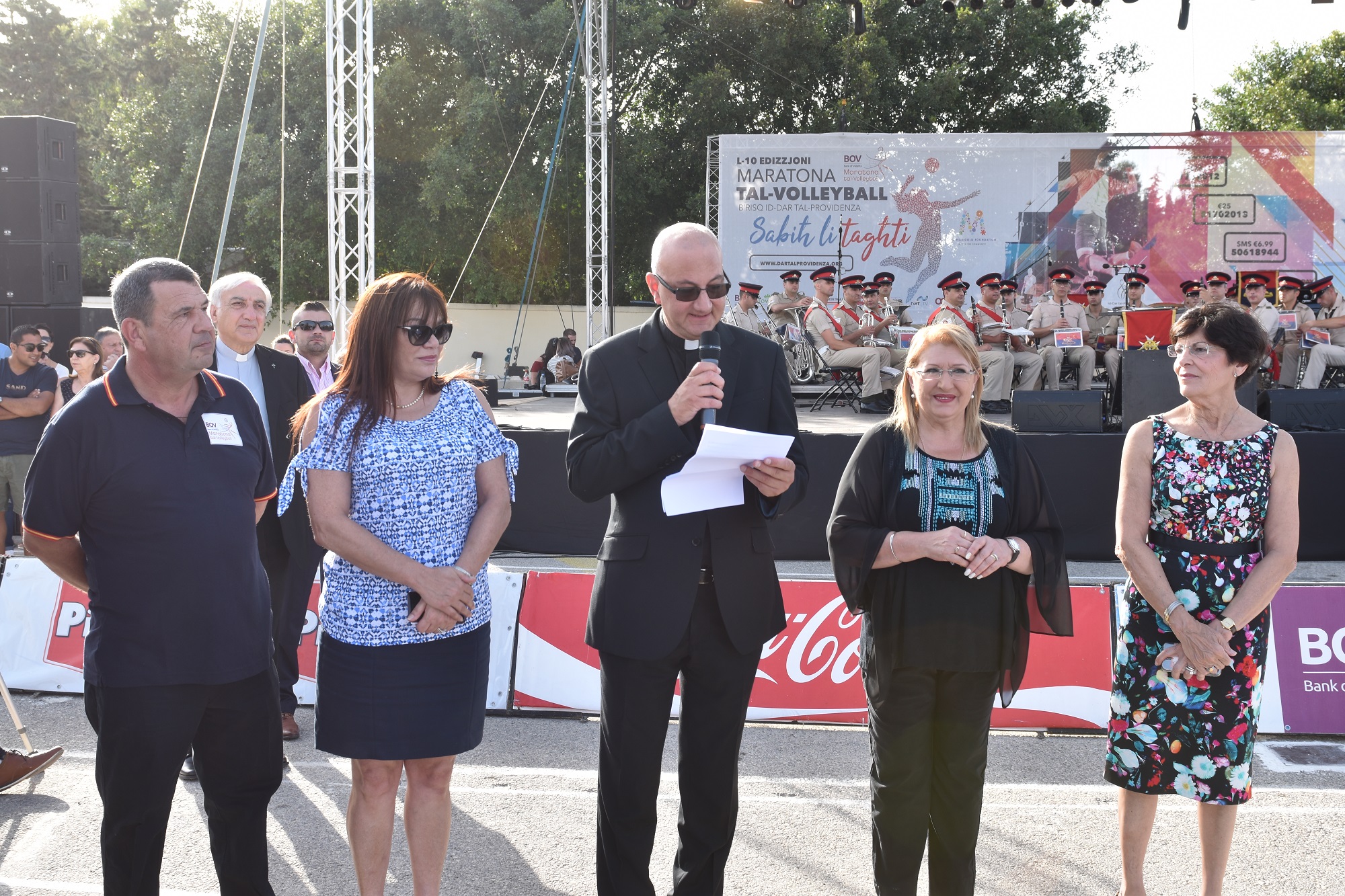 Fr Martin said the marathon is founded on solidarity and sports. He thanked the volunteers and players, who underwent two months of intensive training, participating in the marathon. Fr Martin announced that this year, another home will be opened in Balluta, while Żernieq house will be renovated.

The President expressed her satisfaction, as she said that this activity brings the nation together. Meanwhile, Elvia George, BOV’s Finance Officer said that the Marigold Foundation has been working close to Id-Dar tal-Providenza since its establishment.