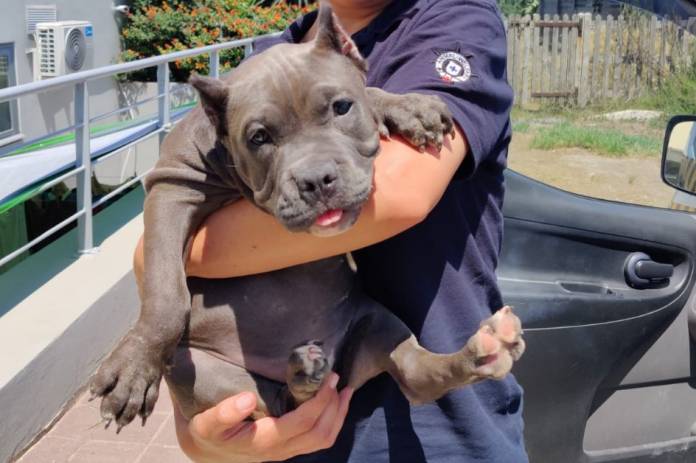 After a quick-thinking neighbour saw a puppy being abused earlier this morning, he had the presence of mind to take a video on his phone and call animal activist Alison Bezzina for help.

Just a few hours after lodging an urgent report with the Police and Animal Welfare, the puppy was confiscated and is now being vet-checked.

“I also have it on good authority that the man will be charged in court with animal abuse,” Bezzina said, “I cannot thank Animal Welfare and the Hamrun Police Station enough for their prompt action. I may have spat at you in the past but today you deserve a medal.”

Bezzina commented that she hope that once in court, the perpetrator will be punished to the full extent of the law, not only for kicking and punching the dog but also for cropping her ears – which is also illegal.

You may watch the video here. Warning: it is not for the faint-hearted.