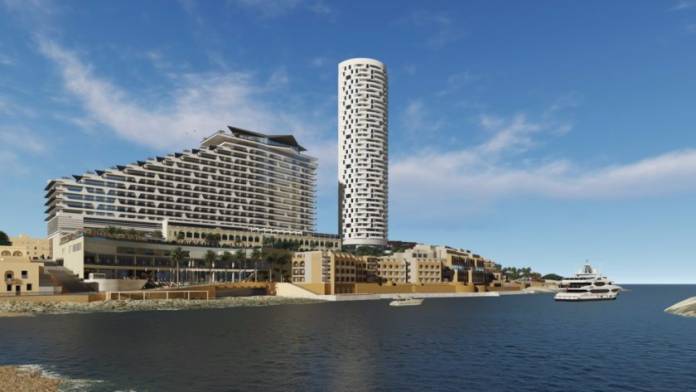 Three local councils and ten NGOs said in a statement that the fresh plans filed by the DB Group about their project in Pembroke do not in any way address the concerns about the huge negative impact on the quality of life and the environment by the proposed project on the ex-ITS site. In their opinion, there have also been no significant changes in the nature of the project and the activity that it will create.

“Some improvement, but not enough”

The DB Groups has embarked on a communications campaign to explain the new changes that are being proposed. Arthur Gauci, the CEO of the Group, in an op-piece to the local media was very upbeat about the changes proposed. He said that the public areas are being increased, the height of the project has been reduced, while the DG Group listened to what Gauci considers to be “genuine heritage and environmental concerns.”

The local councils and the NGOs concede that there is some improvement such as more open spaces and a revised excavation plan but their final assessment of the revised plans is a negative one.

In a short statement, the DB group described as mind-boggling that the Pembroke Local Council endorsed this statement. The Group says that late last year, the Pembroke Local council voted overwhelmingly to sign a memorandum of understanding (MoU) supporting the project as all their proposals had been addressed.

According to the db statement, Dean Hili, Mayor of Pembroke voted for the MoU but is now signing the protest against db Group. It added that the Council of Pembroke was still to vote on the matter.

The local councils and the NGOs describe the reduction in the tower as ‘slight’ adding that “no significant changes in the massive height and width of the hotel” has been made. They add that residents’ concerns about being “buried alive” relate primarily to what they describe as “this monstrous hotel structure which, due to its height combined with its vast width, will overshadow the locality and throw the thousands of residents living across the road into permanent darkness.”

They state that the revised plans “will generate incessant and overwhelming commercial activity in an area that was designated by Government itself as a residential one.” They fear that other commercial developments will follow that by the DB Group.

The Councils and the NGOs consider that the project also continues to pose a threat to the two adjacent Natura 2000 sites as well as the Ħarq Ħamiem Cave, both during the construction phase as well as during the operational one.

At the end of their statement the thirteen organisation promise that “the people will continue fighting against this threat to their quality of life and the environment.” They will be filing their objections and informing the public on how it can object to this project which once again they describe as “monstrous and damaging”.

The organisation which signed the protest are the following.

“Is it connected to the ITS (illegal) works?” – Cassola