TVM’s Artistic Director and Officer in the Maltese Arts Council Frederick Testa, suggested that Member of European Parliament David Casa, has to be “thrown in the wolf’s mouth”.

Testa wrote a Facebook comment, under a photo of a letter sent to the Times of Malta. The letter was written by Labour’s Director of Communication Aleander Balzan. He wrote about the latest report prepared by Members of the European Parliament investigating Malta. Balzan said that this was a malicious report by Casa and is filled with inventions. 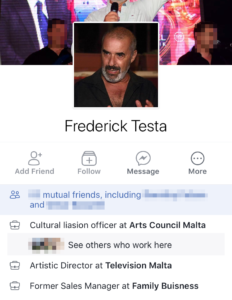 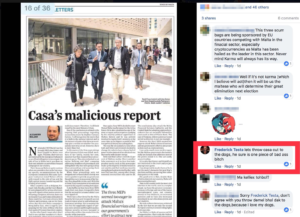