Three youths have been arrested after they were seen transporting 23kg of cannabis from a fishing boat and in their van in Marsaxlokk.

In a statement, the Police described how the Drug Squad saw the men, a 19-year-old from Birżebbuġa and two 28-year-olds from Marsaxlokk, unloading cardboard boxes from a fishing boat that had just arrived at the shore.

Police confirmed the investigations that have been going on for several days that the boxes contained 23 kilos of cannabis.

A Magisterial inquiry has been opened, and the arrested persons are expected to be arraigned in Court.

According to the European Drug Report:
Lifetime use of cannabis in Malta second-lowest in EU 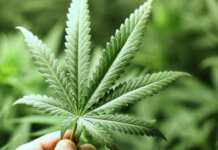