The net greenhouse gas emissions from Industrial processes and Transport have increased in the decade period between 2007 and 2017, new figures show.

Malta’s Nationalist Statistics Office reports that Industrial Processes have tripled in their emissions output, from 105 tonnes in 2007 to 317 tonnes in 2017. Likewise, with Transport the emissions levels have increased from 481 tonnes to 636 tonnes. NSO reports that this accounted for between 30 and 34% of net emissions.

In comparison, 2007’s biggest polluter, the Energy Industries sector, they had dropped by just over half in 2017, from 2,692 tonnes to 1,618 tonnes.  This was reported to be just slightly over 75% of Malta’s greenhouse gas emissions. The same was seen with Waste which recorded a drop from 193 tonnes to 151 tonnes. 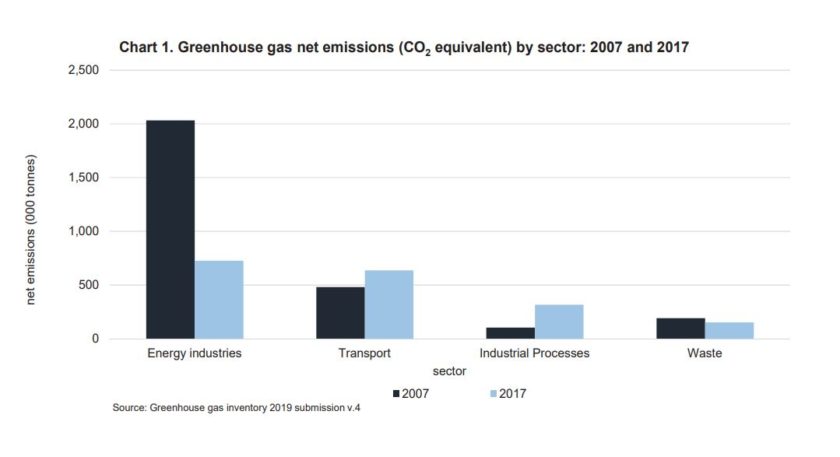 While NSO reports that Transport emissions have increased over the specified decade period, they also report that the number of passenger vehicles shot up exponentially in the four year period between 2014 and 2018.

While the stock of licenced vehicles like tractors or buses grew slowly, the number of licenced passenger cars grew by an average of 8,000 every year, 33,807 accumulated. The only other vehicle type to manage growth rates were in the ownership and licencing of motorcycle and E-bikes. This accounted for between 2000 and 3000 more each year.

Overall, NSO reports that the number of vehicles licenced in the 4 year period increased by 15%.

The findings also show that the average age of these two vehicle groups, compiled by 2017, now sits at just over 14 years old. In the period from 2008 onwards, motorcycles registered a consistent age of over 15 years old compared to passenger cars which gradually grew in age from just under 13 until the current average age. 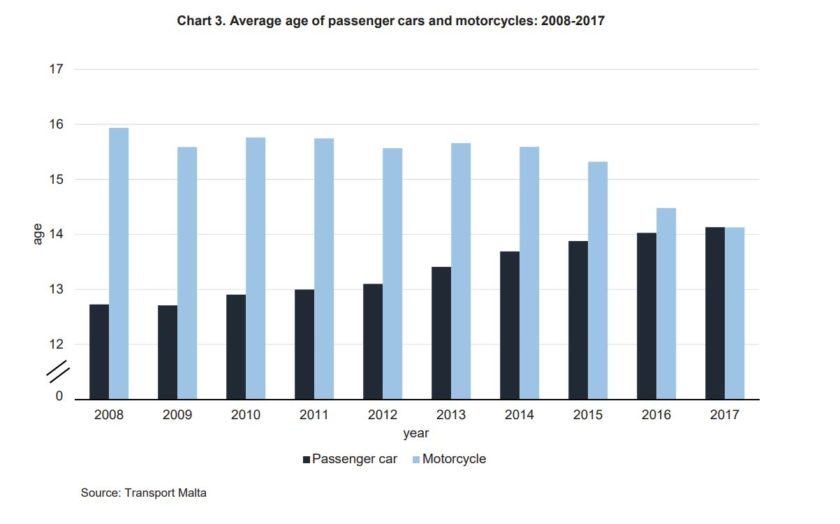 While transport emissions and passenger car ownership are up, the average emissions on Maltese passenger cars per kilometre are considered lower than the EU average and commensurate with reductions in the bloc between 2010 and 2017.

The graph shows that both Malta and EU country’s average emissions per kilometre have both dropped from 140 to 119 gCO2 per km for the EU.  Malta’s levels have remained consistently below the bloc from 131 gCO2 per km in 2010, to 111 in 2017. 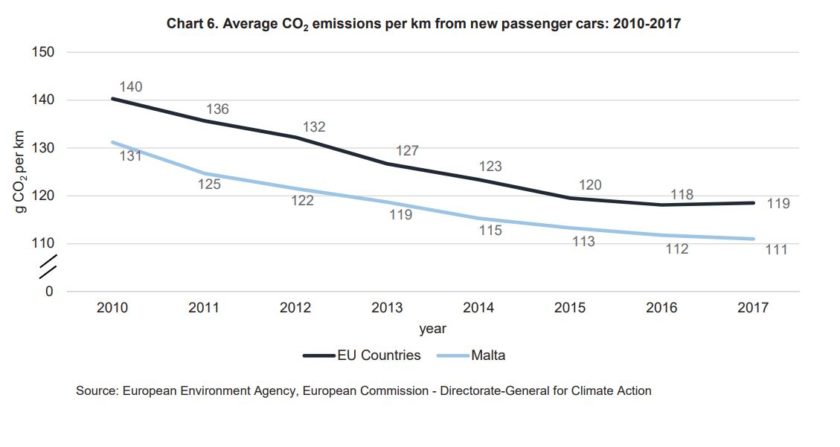