Three more men have been arrested over suspicions that they were involved in the hacking of €13 million from the Bank of Valletta last year, the UK’s National Crime Agency has reported. That brings it to a total of six individuals who were arrested in connection to the heist, some of which have been bailed since.

A 33-year-old man was detained on suspicion of money laundering offences, fraud and theft at Heathrow Airport on Thursday night when he returned to the UK from China. The man was bailed after being questioned by the NCA.

On Friday morning two men aged 23 and 24 were arrested, also on suspicion of money laundering offences, fraud and theft, after handing themselves in to a police station in Belfast. The two men remain in custody.

Two men, aged 22 and 17, had been arrested on 22 January following raids in the West Hampstead and Ladbroke Grove areas of London, while another man was interviewed under cautions. Earlier on Thursday, NCA officers supported by officers from the Police Services of Northern Ireland, executed two warrants in Belfast, leading to the arrest of a 39-year-old man on suspicion of money laundering offences, fraud and theft. The man has now been bailed pending further inquiries. 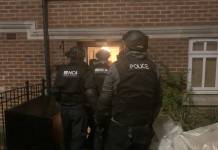 The Economic Crimes Unit of the Malta Police Force has helped in the investigation, which was launched following the cyber-heist which targeted BOV on 13 February, 2019. The bank was forced to shut down, with staff brought to work overnight to fix the security breach.

While clients’ accounts remained untouched and no personal data was reported to have been leaked, the bank lost €13 million. While all the transactions were quickly traced, this alone was far from sufficient in closing the case. 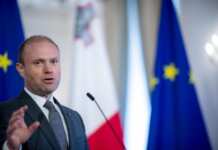 The funds were diverted into a number of accounts, of which one was held in Belfast. Around £800,000 were transferred to this account, and a number of card payments and cash withdrawals totalling £340,000 were made from the account before it could be blocked.

These included payments to high-end stores in London, the purchase of around £110,000 on luxury watches, and payments for luxury cars.

“The focus of our investigation is those suspected of having helped launder the proceeds of this cyber-attack, a large amount of which were funnelled through a bank account here in Belfast,” NCA Belfast branch commander David Cunningham said.

“It demonstrates how this type of criminality is often international in nature, and how tackling it is a priority for the National Crime Agency and partners, both within the UK and around the world,” he added.