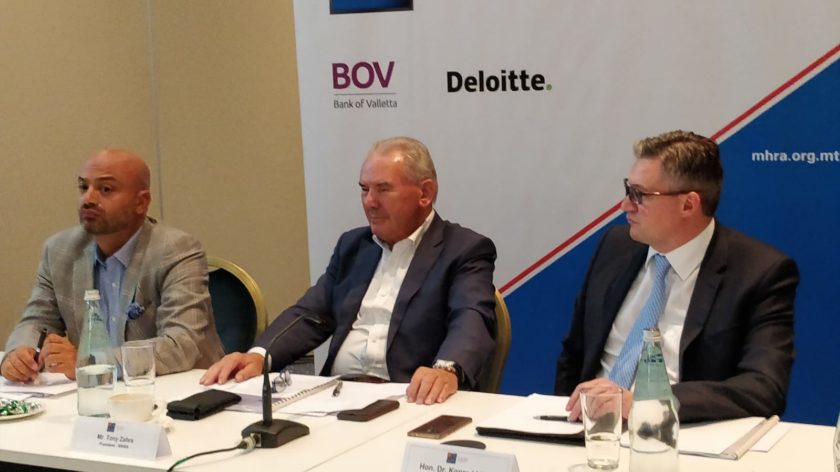 There are thousands of private rented accommodations operating against the law and are not licensed, the Malta Hotels and Restaurants Association has said.

While the organization says that there around 18,000 private rented accommodation beds that are currently licensed, ‘thousands more continue to operate in breach of the law.’

They explain that they are not licensed by the Malta Tourism Authority, nor do they pay their taxes or conform to competition rules.

‘The latter are not licensed by the Malta Tourism Authority (MTA) neither do they pay eco contribution nor VAT, and Tax. They are also breaching competition and consumer protection laws. This is creating an unlevel playing field in the hospitality industry.’

MHRA raised this point when explaining the apparent increase in private rental accommodation which had risen to 13%. In turn, the number of hotel nights had fallen by 2.6%.

This appeared in their MHRA BOV Deloitte survey for the second quarter in which they also explained that the number of arrivals had risen to 4.6% and 1.4% of an increase in bed nights, higher than 2018.

MHRA’s President Tony Zahra explained that sustainability was vital in an unknown future for the hospitality industry.

‘Sustainability must be measured in the long term, as we are the guardians of the country, not the owners. We must ensure that the future generations are passed on a country and an industry which is sustainable. Therefore, it is important to have a vision and to carry out what the industry was requesting for a very long time.’

During his address on the findings, Zahra also urged caution on the issue of overcapacity which is approaching.

He called for those involved to rethink how they view investment in tourism accommodation.

‘We have seen in Quarter 2 that once occupancy levels start dropping so does the room rate, and the lower the occupancy the bigger the room rate drop. For those that are still in time to rethink their investment in tourist accommodation, my advice is to think carefully before you commit your investments. Overcapacity will result in rate wars where there will only be losers. Only the strongest will survive the rate wars.’