State witness and go-between in the murder of investigative journalist Daphne Caruana Galizia, Melvin Theuma, has written a note from his hospital explaining why he resorted to self harm.

Theuma was hospitalized earlier this week after he was found in a pool of blood. The police reported that he sustained stab wounds which appeared to be self-inflicted.

On Saturday, The Times reported that Theuma has written a note saying that he stabbed himself out of remorse and because his evidence was being doubted. The local newspaper reported that the state witness has communicated with duty magistrate Astrid May Grima.

In one of his written replies to the magistrate, Theuma used the phrase “they’re laughing at me”.

Theuma was granted presidential pardon in exchange of evidence on condition that he tells the truth about the case, last November. The state witness who has repeatedly said that he was afraid for his life and that he was considering suicide multiple times, is testifying on conversations he had and also on the secret recordings he did of conversations he had with individuals allegedly involved in the assassination of Caruana Galizia.

On Tuesday night, the police were alerted that Theuma was not responding to calls made by his lawyer, leading one of the officers stationed outside the apartment block he lived in to check on him.

Theuma’s condition was stable on Friday evening, but doctors believe that the next few days will be a critical time in terms of his medical condition. He remains in intensive care at Mater Dei Hospital. 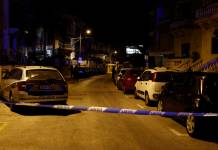