‘The UK government is hiding behind Parliamentary procedure to avoid discussing No-Deal’s impact on us,’ Simon Thomson, Head of Regional and International Media for the People’s Vote has said.

Thomson spoke to Newsbook.com.mt as the ink on the procedure closing the Parliamentary session, had dried.

On Wednesday, the Conservative government led by pro-Brexit Prime Minister Boris Johnson, asked the Queen for her approval to prorogue the Parliament. The Queen duly accepted the request.

The result was the impromptu demonstration outside Westminster of 100s of people from across the UK, expressing their anger at the decision.

Johnson and Brexit; what are the odds?

The move encouraged the creation of a petition on the UK Parliament website entitled, ‘Do not prorogue Parliament’ with the demand that, ‘Parliament must not be prorogued or dissolved unless and until the Article 50 period has been sufficiently extended or the UK’s intention to withdraw from the EU has been cancelled.’ 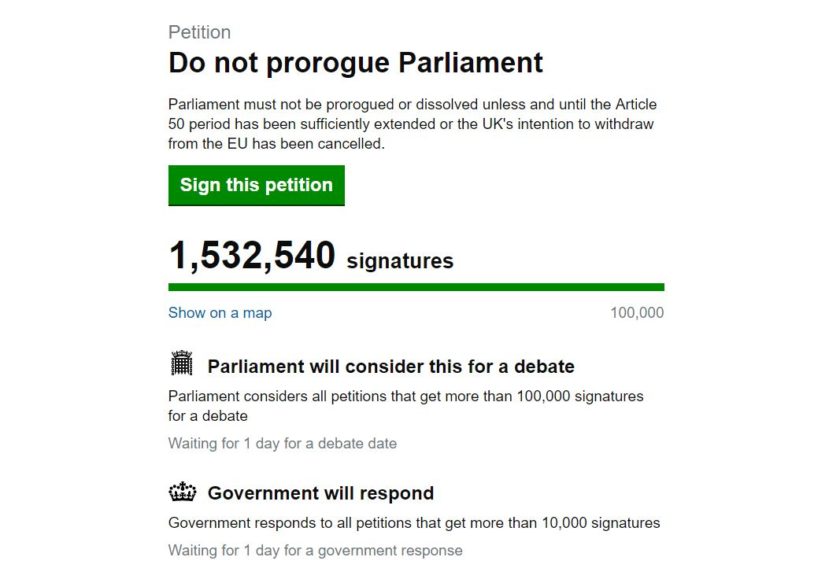 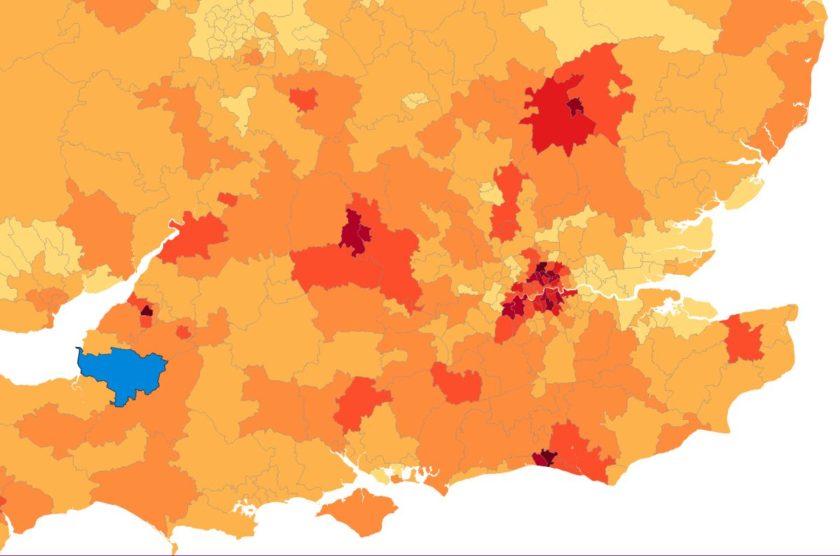 This is not the first time that voters have participated in a mass petition over Brexit. Earlier in the year, one voter called for Brexit to cancelled. The petition amassed over 6 million signatures.

Following its debate in Parliament, the Government said it, ‘will not revoke Article 50. We will honour the result of the 2016 referendum and work with Parliament to deliver a deal that ensures we leave the European Union.’

Parliament has been broken for 5 weeks

The move of proroguing or bringing the Parliamentary session to a close is not an unusual move. It is a normal practice when one session ends and a new one opens with the traditional Queen’s speech outlining the Government’s intentions. Thomson explains that while it would be unheard of for the Queen to say no to a request to prorogue the Parliament, the turnaround from the closure to the re-opening is abnormally long, 5 weeks.

‘Legislation is wound up, decisions are made quickly on Parliamentary matters. The government will conclude its session and then it announces the start of a new session with a Queen’s Speech. That’s really within a matter of a few days … What is going on now is that they have broken parliament for 5 weeks. This is aimed at shutting down the democratic voices of the elected representatives, preventing them from discussing the No-Deal Brexit.’

According to Thomson, ‘This is unprecedented in Parliamentary history. It shows that the Brexiteers of the government are running scared of democracy. Rather than put their idea of a No-Deal Brexit to the people, they would rather shutdown parliament to prevent this and thus avoid addressing the impact that No-Deal would have on the UK.’

In fact, according to the independent Parliamentary affairs body, the Hansard Society, the duration of the prorogation is considered, ‘both unnecessary and beyond the norm.’

The United Kingdom was given the deadline of leaving the European Union by October 31st.

This is the second extension which the United Kingdom received following negotiations between EU leaders and key officials of the European Union’s Institutions, Presidents of Commission and Council, Jean Claude Juncker and Donald Tusk.

Tusk had called on the then UK Prime Minister Theresa May to discuss with the UK Parliament how to pass the deal which had been negotiated and could not be re-opened. May had attempted to pass her deal through the House of Commons on three separate occasions with little success.

Updated: MPs vote in favour of Brexit delay, and other updates

While discussions over possible additions rather subtractions to the current deal have looked at possible agreements which would see a Softer Brexit, the current government headed by Pro-Brexit leader Boris Johnson, looks more favourably to pulling the UK out of the EU with or without the deal, in two months’ time.

‘No deal would be devastating in terms of communities, for their future, for jobs, for businesses, and in terms of the NHS.’

There is still time

When asked if there is still the possibility of pushing for a second referendum and preventing a No-Deal Brexit, Thomson said that while proroguing Parliament didn’t leave much time, there was time to plan the next steps.

This is combined with members of the Prime Minister’s own party coming out openly expressing their anger at Mr Johnson’s actions. One of those objecting voices is that of the Scottish Conservative Ruth Davidson. Davidson today resigned in protest.

Brexit: ‘If MPs can’t agree, the people have to decide’ – Green

‘There is still time to react to the situation, to respond, to do something to stop the No-Deal Brexit,’ he added.

The representative of the People’s Vote said that a rally has been planned for October 19th in London. The ‘Let Us Be Heard’ campaign ‘is expected to be huge.’

UK Prime Minister will return to work on Monday