The team of three psychiatrists who are assessing the mental health health of state witness Melvin Theuma have been summoned to testify in the proceedings against the three alleged hitmen.

Theuma who acted as a go between murder suspect Yorgen Fenech and the three alleged hitmen, was granted presidential pardon in exchange of information. He was hospitalised last summer after he sustained stab wounds which appeared to be self-inflicted. Theuma did not appear in court since then.

The court has appointed a team of psychiatrists to assess his mental health.

On Wednesday, Magistrate Claire Stafrace Zammit presiding over the proceedings against the three alleged hitmen – brothers Alfred and George Degiorgio, and Vince Muscat, said that the psychiatrists should take the witness stand in the next sitting to testify about Theuma’s health.

The three hitmen were back in court following a ruling by Madam Justice Edwina Grima on a request for further evidence to be added to the case by both defence and prosecution. 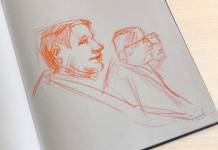 During the brief sitting, lawyer William Cuschieri appearing for the Degiorgio brothers asked the prosecution about Theuma. The court was informed that the state witness was still receiving treatment.

Superintendent Keith Arnaud presented a copy of Theuma’s pardon in court on Wednesday after the first witness presented copies of her transcriptions of a number of recordings.

The case continues on 21 January a 2pm.

Lawyers William Cuschieri and Marc Sant appeared on behalf of the accused.