The presidential pardon granted to Melvin Theuma will be exhibited in Court after a request made by Yorgen Fenech – who is accused of ordering the murder of Daphne Caruana Galizia – was upheld by Magistrate Rachel Montebello.

The defence team has long sought access to the pardon granted to Theuma, a middleman in the October 2017 assassination of the journalist who was granted a pardon to turn state’s evidence.

The document was at the heart of a clash between the defence and the prosecution last week, as Inspector Keith Arnaud failed to produce it as requested. 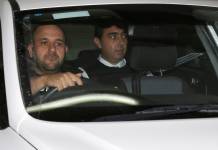 The testimony of Arnaud, Theuma and others confirmed that the presidential pardon was granted to lead to the prosecution of Fenech over his role in the assassination, and that it was tied to various conditions.

In light of this, Magistrate Montebello argued that the conditions under which Theuma was pardon were clearly relevant to the case. She thus ordered the Police Commissioner to exhibit the pardon at the next hearing, though any information linked to other crimes which Theuma is set to testify about is not to be revealed.