Theuma who was the go-between in the murder of journalist Daphne Caruana Galizia, was hospitalised after being found injured in his Swieqi home on Tuesday night, with the police reporting that he sustained stab wounds which appeared to be self-inflicted. 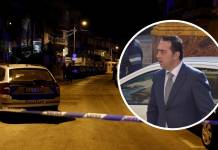 The police were alerted that Theuma was not responding to calls made by his lawyer, leading one of the officers stationed outside the apartment block he lived in to check on him.

On Friday, MaltaToday first reported that protection inside Theuma’s home was withdrawn a couple of weeks after he was pushed into the national spotlight.

Police Commissioner Angelo Gafà told reporters that Theuma is still being guarded outside his home and is escorted everywhere by police during a press briefing held on Wednesday.

It is understood that Theuma is communicating with relatives and hospital staff through eye movements and facial expressions.