While Malta, Italy and the European Union bicker about rights, twelve men were left to die at sea while at least two Catholic countries celebrated the Resurrection. Twelve Christian men emphasises the Catholic L’AVVENIRE, where top investigative journalist, Nello Scavo, has given a face to dead. In a harrowing and chilling account, Scavo brings the readers face to face with their conscience. This is not an article one reads and moves on. Not if one has a conscience. Moving on from this would only signify a fatal blunting of humanity. 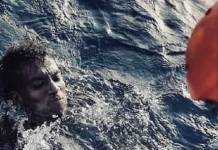 Their faces and names

“They were twelve. They died as only the forgotten die. Sucked to the depths of the azure abyss, ignored by a continent which turned its back on them. Seven drowned. Five died on the way to Libya. They were twelve, but now they are no longer a number. Even the dead have the right to a name. We can give them that now, and, for six of them, we can even give them a face: Omar, Mogos, Hzqiel, Hdru, Huruy, Teklay, Nohom,Kidus, Debesay and the three Filmon. They were all Christian except ‘our brother Omar’, said the survivors,” wrote Scavo. The dead breathed their last in the night after Easter after three days and nights at sea, tired, hungry with guns pointing at them. Scavo wrote: “They hoped to make it, to say goodbye to death in Libya and dared to dream of a future in Christian Europe, hoping to arrive by Easter. They were young men between the ages of 18 and 25 and for some this was the second attempt. They knew what re-capture meant and what it was to be sent back in the hands of the torturers”.

They need not have died. Europe, including Malta and Italy, knew where they were. But they did nothing to save them. In a tone at once sombre and bitter, Scavo wrote that for five whole days, these persons were left adrift while administrators checked co-ordinates to see in whose waters they had unwittingly wandered. In Maltese waters, said Rome. No, in Libyan S&R retorted Malta. This was happening in Good Friday, the day Pilate famously washed his hands.

Meanwhile, the Maltese courts have initiated their research into responsibilities after an NGO fileda criminal complaint.