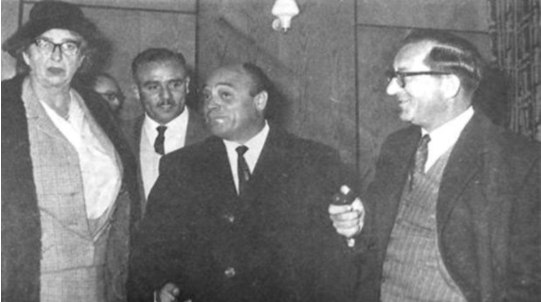 This episode in Malta’s history, as researched by Prof Joe Pirotta, is possibly the epitome of an oxymoron. The leader of the Christian Workers Party describing himself as ‘no Christian’.

The birth of the Maltese nation on the 21st September 1964 spelt the Gotterdammerung of several Maltese political parties. In his epic “Fortress Colony: The final act 1945-1964” historian Joe Pirotta says that when the British Government decided to open negotiations with the then Prime Minister Giorgio Borg Olivier, as a prelude to independence, the four opposition parties saw the writing on the wall. This move from the colonial government was a rejection of their adamant claim that government had failed to secure majority backing for their constitution.

Mabel Strickland’s Constitutional Party, basing itself on Anglo-Maltese interdependence, did not even have the proverbial fig leaf for cover. Herbert Ganado of the Democratic Nationalist Party and Toni Pellegrini of the Christian workers party made a last ditch attempt. Of the two, Toni Pellegrini stands out, and not in a good way.

Pirotta writes that an ‘extremely worried’ Pellegrini who realised that post-independence, there would be room for only two parties in Malta, complained that he had been cornered by the British Government. With what Pirotta describes as ‘his usual bravado’, he threatened the British Government that if discussions were to start with Borg Olivier, he would return to Mintoff’s fold. His ploy was to imply dire consequences to the Anglo-Maltese defence agreement. The leader of the Christian Workers Party’s parting shot was ‘You know me, I’m no Christian’.

By August, Pellegrini was back in Mintoff’s fold as he had promised.

Staff Reporter   August 5, 2020
The choir will represent the foundation both locally and abroad in international festivals and competitions.

“No other industry is as unregulated as ours”; Kamra tal-Periti reiterates its request to...

Amy Borg   August 3, 2020
In a statement issued on Monday, four months after the tragic death of Miriam Pace on the 2nd March 2020, the Kamra tal-Periti explained that one year has gone by since the issuance of the letter, yet none of the commitments mentioned have been implemented.

Amy Borg   August 5, 2020
On Wednesday the Foundation for Social Welfare Services (FSWS) issued a statement to announce the recently revamp of the online reporting webiste but it has also explained how child sexual abuse material is on the rise worldwide.