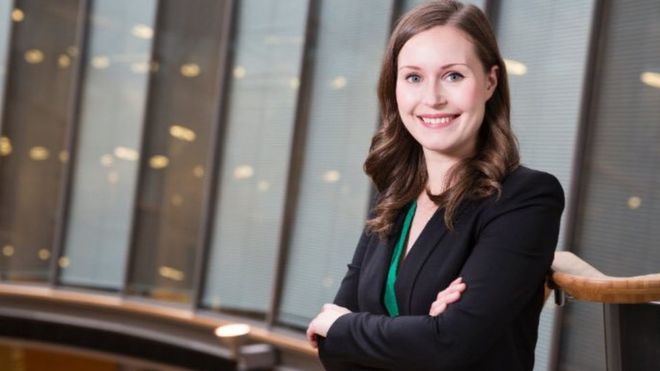 (Adapted from The New York Times)

When Sanna Marin, 34, was sworn into office on Tuesday, she became the world’s youngest prime minister, a fact that drew international attention this week when her party elected her as Finland’s next leader. She is not the youngest ever PM in history. That honour belongs to William Pitt the Younger who became PM at the (un)ripe age of 24 in 1783.

But while the world is just becoming acquainted with the new, left-leaning leader, Marin has been a rising star in Finland’s Social Democratic Party since first entering Parliament in 2015. For many, she was a natural choice for her new role.

“She doesn’t come out of nowhere,” said Johanna Kantola, a professor of gender studies at Finland’s Tampere University. “And she is quite well-liked.”

Sanna Marin was voted in by her party after a turbulent week in which Prime Minister Antti Rinne over criticism from within his coalition government of the handling of a postal workers’ strike. Rinne will continue as chief of the Social Democrats.

She takes up the leadership at a volatile, polarized time in Finnish politics. In elections in April, the Social Democrats only narrowly edged out the populist right-wing winning the premiership for the first time in 16 years, but polls indicate that the Finns Party has gained in popularity since then.

In those elections, support for centrist parties fell, and no party won even 18 per cent of the vote. When Rinne ran into troubles, none of his coalition partners wanted to risk bringing down the new coalition and rolling the dice on another election. As prime minister, Marin heads a government that is remarkably female and young. The other four parties in the government are led by women, three of whom are, like the prime minister, younger than 35.

Speaking to reporters shortly after being sworn in, Marin waved off questions about the global interest in her new appointment, saying she was focused on governing. “My thoughts have been in the proceedings and I have not followed the international and national media coverage,” she said. “We have promised change. Now we need action. I believe that trust will return through action.”

One dead, 10 injured in attack at Finnish college – police

More than 70 countries at risk of running out of HIV...