COVID-19 numbers are rising at an alarming rate to unprecedented levels as parties and mass events continue to be held, indicating that the worst is still to come, explained the Medical Association of Malta, MAM in a statement issued Monday morning.

MAM also explained how data from March to June can mathematically predict about one death every 75 cases within 4-6 weeks of onset and that the report of cases from a confirmation party brings home the fact that normal social activities including family celebrations present risks just like any other mass gathering of more than 10. 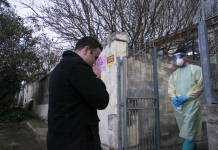 An Italian journalist pictured on social media hundreds of people clubbing at Paceville with no masks or social distancing, parties with hundreds of people were held over the weekend all over the island, large crowds reported on Comino and at Marsaxlokk and the Gozo ferry jam packed with most people not wearing any masks, is not how an epidemic can be controlled but a perfect example of how to deliberately foment an epidemic when the R factor is about 2.0, stated the association.

According to MAM, the argument that no deaths have occurred since June cannot justify the promotion of the idea of normality because scientific evidence clearly shows that the peak of intensive care admissions and deaths occurs 3 to 6 weeks after the peak of new cases. 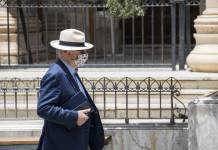 In its statement, MAM has also condemned a section of the media which re-assured viewers that Malta has the second-lowest number of cases, without correcting the figure per population.