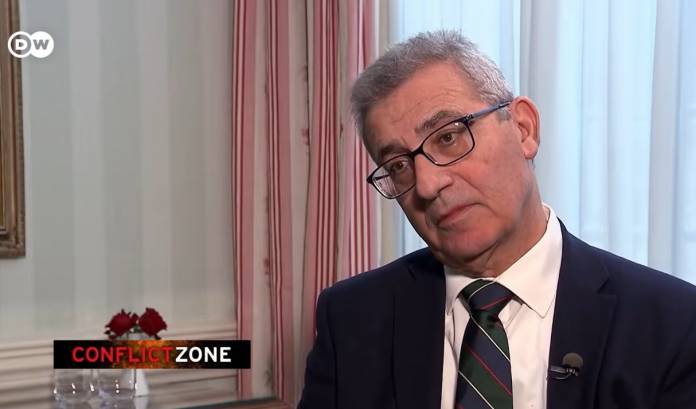 “Mr Bartolo, who exactly was and is protecting murderers in Malta”, asked Sebastian in the deceptively calm, almost bland manner of an experienced interrogator. A visibly uncomfortable minister squirmed in his seat, quoting due process. “I’m asking you for names. You know more than you are saying,” persisted his tormentor. “Did you go to the police?” asked Sebastian. “I assure you I am doing my duty,” replied Bartolo. This part of the interview was perhaps the heart of the matter. Not only did Sebastian pin the Minister down on answers not given but also called into question the minister’s own credibility when Bartolo said he was staking his reputation on the resolution of the issue of corruption.

A vow of silence?

On the issue of principles, Evarist Bartolo said that he had tried to use his leverage inside the government to get dubious characters to resign. However, he was quizzed on the fact that, when push came to shove, Bartolo voted to keep the minister named in the Panama Papers, Konrad Mizzi, in power. “Your silence made you complicit in this dysfunctional corrupt government,” accused Sebastian. “I tried to use internal pressure to get things done. I tried to do my bit,” countered Bartolo. This was where Tim Sebastian brought up that if one has principles one should stand by them. The answer to that question had, however, been given earlier in the interview. Almost in the opening sentences of this dramatic character outage, Bartolo declared unabashedly “I stayed on. I had a survival strategy where I could fight another battle”.

Tim Sebastian argued that with the reins of corruption firmly in the hands of senior government members, relevant authorities were perhaps purposely understaffed. The malfunctioning judiciary was also brought into the picture as were the recommendations of the Venice Commission. Quoting the Chief Justice’s declaration that the rule of law had been overtaken by the rule of delinquents, Sebastian said that this stark accusation still roused no one to take action. Bartolo did not disagree that some authorities may have been left purposely under-staffed but contested that “The appointment of judges has been more independent of the executive than ever before. We are intent on taking the steps which the Venice Commission has indicated.” He did, however, shop the Economic Crimes Unit in the Police force. This unit, he said, needs to be beefed up with qualified people of integrity, calling the section ‘the weakest link’, perhaps a Freudian recall of the TV show with the same name.

Inevitably, the murder of Daphne Caruana Galizia and the involvement of government was a pivotal point of the interrogation. Sebastian called the investigation ‘tainted’ and asked how one could be sure that the whole truth would emerge “We only have your word for it” said a sceptical Sebastian. In a further vote of no confidence in the ability of Malta to come to the bottom of the Daphne Caruana Galizia murder, Bartolo asserted that the involvement of Europol ‘is a guarantee’ that the whole truth will come out. This clear statement was in contrast with other comments Bartolo has been wont to make in public fora, most usually on Facebook. Sebastian described these missives as cryptic and said that they did not mean much. Bartolo demurred saying that they were well understood in Malta. Bartolo also tried to persuade Sebastian that Caruana Galizia’s criticism was based on party prejudice. “She wrote on what she saw. Perhaps the other party was not as corrupt as yours” retorted Sebastian.

Bartolo disagreed with the position that Muscat is still the power behind the throne in Malta, saying that the steps taken by the government show that “There is new goodwill to get things done”. Bartolo said that the government will be judged by what it does in the coming weeks and months. “Really?” countered Tim Sebastian, unimpressed, bringing up the lucrative Konrad Mizzi contract which the government had to hastily rescind ‘due to public outcry’. Bartolo denied that the freedom of the press is shackled in Malta saying that it was his government which had removed criminal libel. “To give the impression that journalism in Malta is in jeopardy is not fair,” said the plaintive minister. He put down the political interference in journalism to the micro-market in which the media operate, making it non-viable for commercial interests.

“You do have a long way to go to get this reputation behind you, don’t you,” observed Tim Sebastian sceptically in closure.

Gżira Local Council will file an appeal on relocation of fuel...