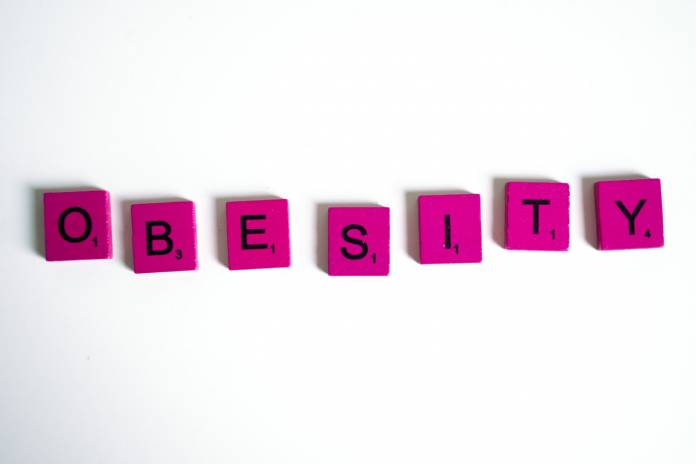 There is no greater stimulus to go and see a nutritionist greater than the presence of obesity itself.

Obesity, in this day and age, however, is a sensitive subject. On one hand, it is literally classified as a medical illness. On the other hand, we have the typical 2020 snowflake who exclaims that ‘people should be comfortable no matter the body type’ or that ‘big or small… everybody is beautiful’. First of all – beauty has got literally nothing to do with it. Second – despite the fact that a certain pride in oneself is noble and even respected, we need to consider our own health… as an individual and as a community. We have been living in the ‘golden age’ of food for so long, we have all but lost our survival instinct.

In light of the above, when an individual wants to change his/her dietary habits to improve health, said individual needs to be thoroughly prepared to undergo one of the greatest wars of his lifetime, and that war is fought in three separate battles which take place deep inside the mind and are one by three of the greatest virtues one can ever possess.

The first battle (won by zeal)

As a nutritionist, I get my clients and off the bat I can see that most of them approach me because they want to see a change. For the most part, it is weight loss. Yet, a great deal of them are disappointed when, off the bat, I tell them that they would have to adopt a food culture centered around natural wholefoods which are free of toxins… a new food culture. This upset occurs, in my opinion, because the individual wouldn’t really want to adopt a healthy lifestyle, but would rather have me tell them how to lose weight whilst squeezing in some dessert every now and then. If this is really what you’re looking for, then I’m afraid I can’t help you, but a wizard like Gandalf might. I get it all the time… “what do you mean I can’t have bread?”, “what do you mean I can’t have my morning fruit smoothie? I need my morning juice!”

Albeit, most of the time, these people are so gobsmacked at the foods which I recommend – and for a damn good reason… normally it happens following a lifetime of being bombarded by mainstream fitness advice, past experiences from friends and relatives who’ve undergone some silly 30-day challenge, Instagram models and mainstream fitness personalities (believe me, many of them don’t tell you the whole story).

Another common expectation is that often-a-time the success, be it reaching a goal weight, reducing blood pressure, restoring a low libido, whatever, is expected to be achieved in a relatively short time-span. Forget about it. You just simply cannot undo years upon years upon years of damage (metabolically speaking) in a few nights. You need to commit to a radical lifestyle change and unless you are ready to do that, you cannot embark on the journey to success, nutritionally speaking.

The first battle is probably the toughest one, one which I personally call the ‘Battle of Zeal’. It can be translated into having your army (think of yourself as some badass warlord general) encountering an army of an enemy faction – one which is greater in fighting men, equipment and technology. In this case, you can either order a retreat, or in the face of such great adversity, you can face your enemy with your full might, focusing on overwhelming the opponent with great enthusiasm and momentum. Ergo, the presence of a zealous nature will help you overcome the first battle. Translating the metaphor, one could say that it would take great zeal, to have the picture of ‘healthy nutrition’ presented to him amid the prevalent obesogenic culture and have the gall to understand that it is time to walk the walk.

The second battle (won by discipline)

After winning the first battle, metaphorically speaking, your army is allowed to advance to the city you would like to conquer (i.e. – your goal). Yet the conditions of your army’s advancement are of a harsh nature. It is cold, hilly, the soldiers are tired and they want to head back home. The situation is parallel to having undergone that radical lifestyle change (i.e. overcoming the first battle). Now you have to contend with many annoying factors which present themselves at unwanted times and in great numbers, tempting you to turn back and head home at every turn. You will have to contend with colleagues at work offering you food and drink which you know you shouldn’t have, keto flu (if you are doing low carb diets), cravings of sweet foods in the quieter moments, the additional time spent cooking as opposed to ordering a take-out meal, the occasional weighing of your food. It may become tedious. Why? Because you are not used to it, yet. It hasn’t become your norm, yet. You haven’t adapted, yet.

I have been living this lifestyle for years. It is more than a norm for me. I don’t weigh my food anymore. I cook my meals in under 20 minutes (I literally spend more time cleaning than cooking), but guess what – it took some getting used to (speaking of which – I need to invest in a dishwasher). Now guess what, with a little bit of patience and consistency, you will too. It will come so long as you have the ability to see the bigger picture. You have to keep your eyes on the prize. Keep reminding yourself: “I will lose that weight”, “I will reduce my cholesterol scores”, “I will make that change”.

This battle, the longest battle, I call the ‘Battle of Discipline’, because only with discipline can you achieve consistency. Even when we slip up (as we all have), it takes discipline to bounce back to the new norm. Consistency doesn’t mean perfection. But it does mean that despite everything, you have an upward trend of doing things correctly.

The third battle (won by sense)

This battle takes place after success. What happens in life after success? What happens in life when we reach our goal weight, reduce our cholesterol scores, become leaner, reduce our inflammation? Well… some may be tempted to celebrate with an all-out ‘cheat day’. This happens all the time; case in point when we undergo one of these crazy ‘30-day challenges’ which make us do this crazy training whilst on a major calorie deficit. Note – they often tend to use words such as “challenge” or “cleanse” or “detox” to win you over. Sound familiar? Well… if not, what usually happens is that through skilled marketing, we are enticed to engage in these so called ‘challenges’ in order lose weight fast.

This is normally done as a means to prepare for an event (for instance: a wedding) or in order to just look good, and guess what… more often than not – it works (because going from a standard American diet to a 10-day banana challenge will make you lose weight in the short term). We lose a few kilos and are now over the moon with joy. Therefore, we decide to celebrate by going out for pizzas and beers, binge for a couple of days more and gain everything we were happy to lose, right back. Then, we feel sorry for ourselves but at the same time understand that life is too short to miss out on fun foods. We have once again become slaves to food. Oh well, I guess we can just carry on with the usual, then we can re-take the ‘30-day challenge’ in August, prior to that wedding we need to look good for…

Anyhow, since we are not undergoing a temporary fad diet and are, instead, trying to make a healthy and sustainable lifestyle change, now we must learn to avoid looking back onto the past. The old ways won’t open new doors. This would be the time to truly understand that you are a changed person. You have gained knowledge and experience and have pocketed one of the greatest success stories of your life. A feather in your cap. Don’t throw it away.

Thus, when your metaphorical army has won the first battle of zeal, then the second battle of discipline, then comes the time to govern the new city you have conquered, properly. If the city is not managed appropriately, it will fall once again. Only good sense can prevent this, so you must be mindful. Part of this battle, is having the active sense to realize and welcome the fact that your new norm, is not the norm of most your friends and family. You need to understand that.

After graduating from the University of Malta with a BSc in Nursing, Barbara completed a Postgraduate Diploma in Nutrition and Dietetics (at the same university), followed by a Masters Degree in Exercise and Nutrition Science at the University of Chester. With respect to experience in the field, he has tallied a total of eight-years clinically and a further two-years worth privately. Barbara’s enthusiasm also extends to sports, in that he has enjoyed a fruitful and rewarding career as an athlete within the sport of Taekwondo, having represented Malta nationally and internationally in competitions which include the World Championships. The science concerned with exercise and nutrition has been his passion for as long as he remembers and now, more than ever, he has found a great interest within the science of obesity and insulin resistance; fields which he intends to explore further in the coming years.

Obesity – a Maltese recipe for disaster

WHO cares about physical activity