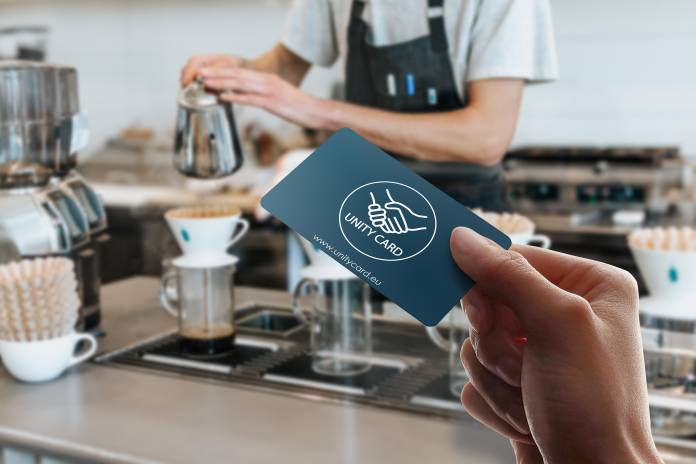 As political leaders across the old continent are contemplating how to best support those most in need and prepare the restart of our economies, European fintechs Loyaltek and Paynovate have launched the Unity Card – a prepaid card that can be used for emergency humanitarian aid or to specifically support certain segments of the population, such as local retailers and merchants who’ve had to close their businesses, with a view to relaunching the economy.

The Unity Card, which will exceptionally be free to municipalities as the first, local level of power, can be delivered anywhere in Europe in no time and avoids cumbersome logistics and administration, allowing for effective, ultra-targeted, monitorable and evolutive socio-economic measures on the road to economic recovery.

Already, offers have been requested for close to a million cards in total.

As the Corona curves are slowly but surely starting to flatten, the focus is gradually shifting towards the next challenge: relaunching the economy. Whilst national governments and international institutions across Europe and the world are announcing unprecedented crisis measures, it remains to be seen if these will be enough, and especially, whether the aid can be deployed quickly enough to save those in need today. Therefore, decisive action needs to be taken today rather than tomorrow.

With a view to this, European FinTech pioneers and veterans Loyaltek and Paynovate are teaming up in a unique proposal to political leaders, with the aim of offering citizens much needed and rapid financial support by means of the Unity Card. As innovative as it is useful, this debit card can be limited for use in a certain geographical area (e.g. one municipality) as well as a certain types of predetermined shops or businesses, in this case those that have been forced to close during the current crisis: hotels, restaurants, bars, hairdressers, DIY-stores, clothes stores and so on.

As such, it is the perfect instrument to stimulate the local economy and prevent the money disappearing to foreign e-commerce websites, being sent to family abroad, or saved.

“Whether it’s to support merchants who have had to close their business or to help a mother feed her children: our leaders, from municipal to national level, are looking for ways to mitigate the effects of the lockdown and prepare for a return to normal life and economic recovery,” explains Robert Masse, founder and CEO of Loyaltek and expert in the field of card payments, “But time is running out, and the question arises as to how to allocate these various resources as quickly and efficiently as possible, while at the same time avoiding any risks of fraud and ensuring that public money serves its intended purpose, to the extent of creating a win-win situation and benefiting society as a whole.”

The Unity Card can be loaded and reloaded with any desired amount of money and works just like a regular debit card on payment terminals. The validity period can be adapted in function of the needs and intended support. Users can check the remaining value thanks to a QR code on the back, while an extranet allows the issuing authority to monitor, analyze, manage and even adjust the way its cards are being used, all in real-time. And thus, once again in this crisis, it’s new technologies that are offering relief in a situation which at first seemed insoluble.

“In a spirit of social commitment, our R&D teams wanted to make themselves useful against the horrors of the coronavirus. Ultimately, it’s the pragmatism and the potential of this solution which convinced us to set up the necessary partnerships to deploy it throughout Europe,” concludes Robert Masse, “The name, which of course stands for solidarity, came naturally, and we have decided to offer the first 5,000 cards to each of the municipalities that want to work with it, given that they’re the ones closest to the situation on the ground. Implementation costs are kept to a minimum and amount to a fraction of the usual costs of similar ‘traditional’ measures. Moreover, we do not take any margin on the transactions. Two years ago, we already delivered 12,000 cards to the World Food Program for humanitarian aid.”

The solution proposed has proven its worth before in Germany at the time of the migration crisis, when Loyaltek distributed tens of thousands of cards to local authorities to manage the allowances of Syrian refugees, allowing them to provide in their most basic needs by purchasing from local merchants.

The appearance of the Unity Card can be personalized if necessary. It is distributed either directly to the beneficiaries or by group transmission to the competent authority, which can then further distribute it. The payments made by citizens with the card are managed together with the rest of the merchants’ payment traffic, while cardholder support is ensured by Loyaltek or the ‘customer’ himself, i.e. the issuing authority.

More information may be obtained here.