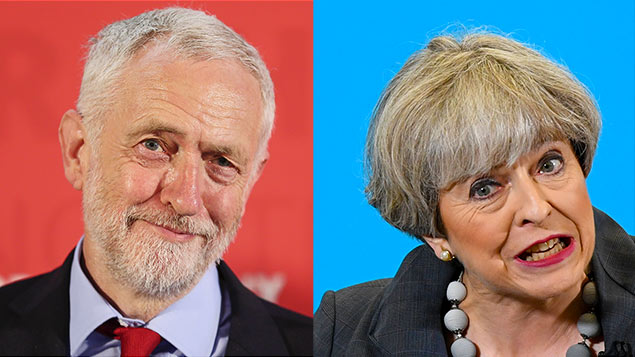 The 40-minute meeting between Theresa May and Jeremy Corybyn on Wednesday, seemed to have yielded no result other than propagate the sense of confusion and anger that has been reigning over the United Kingdom for the past months.

Did they go to the meeting with their best foot forward?

According to The Times there is growing scepticism that the Prime Minister and Labour leader Jeremy Corbyn can find a way through Brexit. The paper also adds that sources on both sides are downbeat about the chances of success.

The Guardian’s editorial is questioning the sincerity of both parties and whether the dialogue could be fruitful.

The Sun says that the two leaders remain far apart. The Financial Times, seems to agree with the tabloid’s line and says that any chance of an agreement is slim.

The Financial Times also added that Jeremy Corbyn has long sought to distance himself from a “Tory Brexit” and has little incentive assist in one now. On the matter, The Times states that the labour leader told shadow ministers that he was “well aware of the lessons from history of opposition parties getting too close to the government.”

A lot of confusion and anger

The Telegraph says that the Attorney General Geoffrey Cox has set alarm bells ringing amongst the Tory euro-sceptics by saying in a BBC interview that “a customs union is not some kind of sell-out.” It also added that during a backbenchers’ meeting, MPs were so angry about this that they discussed holding an “indicative vote” on whether to tell Theresa May to resign.

The Times stated that Tory MPs have implored the 1922 Committee chairman, Sir Graham Brady to find ways to force out Theresa May from No 10. It also adds that Brexiteers in the cabinet are believed to be waiting until Theresa May makes firm decisions on whether to endorse a softer Brexit before they decide their futures.

The Guardian’s pitch is that “many Tory MPs have condemned the Prime Minister for the mere fact of engaging with the Labour leader on the ground that doing so bolsters his authority in the public eye.”

A pinch of violence for good measure?

The centre-left paper also suggests that there is a connection between what it calls the temperature of Westminster politics and the video showing British soldiers in Afghanistan using a picture of Jeremy Corbyn’s face for target practice.

It adds that for too long there has been too much use of violent rhetoric and gruesome imagery, and too much talk of betrayal, sabotage, treason, back-stabbing and blowing things up.

On the matter, The Daily Mail says the episode has tarnished the Army’s hard-won reputation. It adds that in these fiery times, utmost care must be taken not to legitimise the warped worldview of those who might resort to violence.