PN leader Adrian Delia said that the current situation within the Malta Police Force is surreal.

On Saturday morning, while interviewed on Net FM, Adrian Delia referred to the investigation underway within the police traffic section where nearly all police officers forming part of this unit were suspended or arrested over an investigation for suspected overtime abuse and accusations they misappropriated fuel and used it for their own private vehicles.

Adrian Delia asked if the new Prime Minister Robert Abela was informed about this situation by the former Home Affairs Minister, Michael Farrugia who knew investigations were underway. Delia described this situation as rotten. 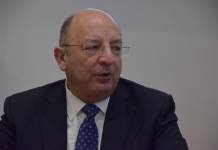 He also questioned why Prime Minister Abela is using two weights two measures in reference to the resignation of Justyne Caruana, who was asked to resign from Gozo Minister when allegations emerged on her husband’s connections with Yorgen Fenech but Minister Michael Farrugia is not being asked to shoulder responsibility and resign after the criminal racket in the police force was revealed.

PN leader Adrian Delia was asked questions on the newly appointed interim PN Secretary General, Francis Zammit Dimech. Delia said that he is sure of the loyalty Francis Zammit Dimech has towards the party and is looking forward to work with him to implement the needed reforms within the Nationalist Party. He also referred to the Executive Committee meeting being held on Saturday morning. 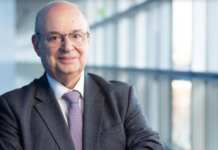