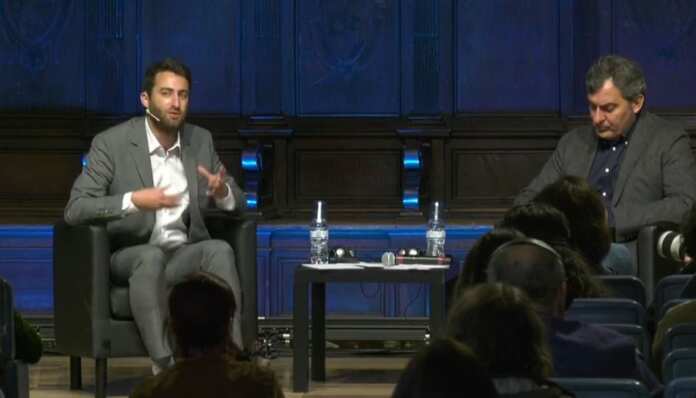 It seems like the same playbook is being used in various countries, from Malta to the Philippines, journalist Matthew Caruana Galizia told a room of journalists and activists in attendance.

Caruana Galizia was delivering an hour long lecture titled ‘Fighting Back’ at the International Journalism Festival held in Perugia on Saturday, during which he delved into fifteen points related to fighting back.

Caruana Galizia told those present that it seems that from Malta to the Philippines the ruling parties are making use of the same playbook. He explained that it almost feels like that the leaders from such parties attend workshops in which they learn how to be a tyrant, autocrats, how to demolish democracy, about how to ensure their impunity, and how about to disable the mechanisms which would hold those in power into account.

He shared with those present the lessons learnt since his mother’s assassination, ranging from engaging with international bodies which may not have executive powers but are respected, lobbying European bodies among others. He also drew parallels between the aftermath of the assassination of his mother, Boris Nemstov and Anna Stepanovna Politkovskaya, and the work they continue doing in order to demand for justice not only for slain journalist Daphne Caruana Galizia but also for the stories she had written.

‘A crisis in the rule of law’

Caruana Galizia said while in Malta freedom of expression was under threat the crisis is also due to the crisis in the rule of law. He explained that various EU member states are facing such a crisis citing Malta, Romania, Bulgaria and Poland, elaborating that these countries on the periphery are also experiencing total state capture.

The journalist also spoke of what ‘discreditation in advance’. He said that a government has limitless resources which can be used when in a crisis, from PR companies creating slick images, investing on social media campaigns, among others, the governments are also opting to discredit journalists in advance.

Instead of opting to release a statement rebutting or reacting to stories by journalists, the ‘cunning governments’, Caruana Galizia said, opt to attack a journalist credibility in such a way that the readers would doubt of the journalist. He explained that this would create a sort of semi-permanent damage to one’s reputation.

While speaking about their work with the various European bodies, Caruana Galizia told those present that the Dutch MP Pieter Omtzigt who was appointed as special rapporteur is due to present his year long investigation into the circumstances that led to her murder next week. The presentation will take place during a hearing in Strasbourg.

READ: Daphne’s murder: “She was killed because of her investigative work” – Omtzigt

He also thanked the international press freedom organisations that helped navigate through the European bodies.