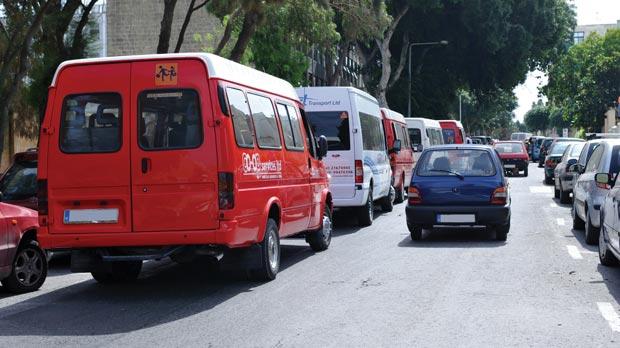 For close to 1000 students of church and independent schools there will not be any free school transport tomorrow. While many motorists are, on Sunday evening, mourning the passing of diminished traffic jams of the summer months, the Great Return – the ominous Back to School starts this week. While for children this will be a settling down to familiar friends or new, to a more or less established routine, for parents, this has been a long hot summer.

One could say that for almost 1000 children, a ‘no ride” is a certainty. The jury, however, is still out on whether the approximately 50 times larger number who will be provided by free transport will have a smooth or rough ride. The beginning of the school year is many times associated with transport related difficulties. This year the system was extended to private school, so it could be that the difficulties will be greater. On the other hand, all the woe and dread may be misplaced and the preparations and hard work of the Ministry of Education will bear fruit and students will be provided by a smooth ride. The social media in the meantime were vibrating with a veritable tom-tom chain of messages of the ‘Desperately seeking a Van’ type.

Both political leaders this morning spoke at some length on the new system. The Prime Minister Joseph Muscat said that he does not expect the system to be perfect from the start thus expecting some turbulence. Muscat said that all the minivans in Malta will be utilised to transport students to and from school and that the demand for transport is higher than supply.

PN Leader Adrian Delia said that the Government ‘made a mess’ out of the transport arrangements for school children as now those who used to pay for transport have been left without any, even if they are willing to continue paying for it.

Earlier this month, Frank Fabri Permanent Secretary within the Ministry for Education explained how the numbers on the waiting list is decreasing by the day. Minister for Education Evarist Bartolo said that it would be unprofessional of him to say that he is certain that all the students will have free transport by a particular date. From December parents will be able to receive notifications as soon as their children will board and disembark from the transport vehicles through a mobile application that may be downloaded for free.