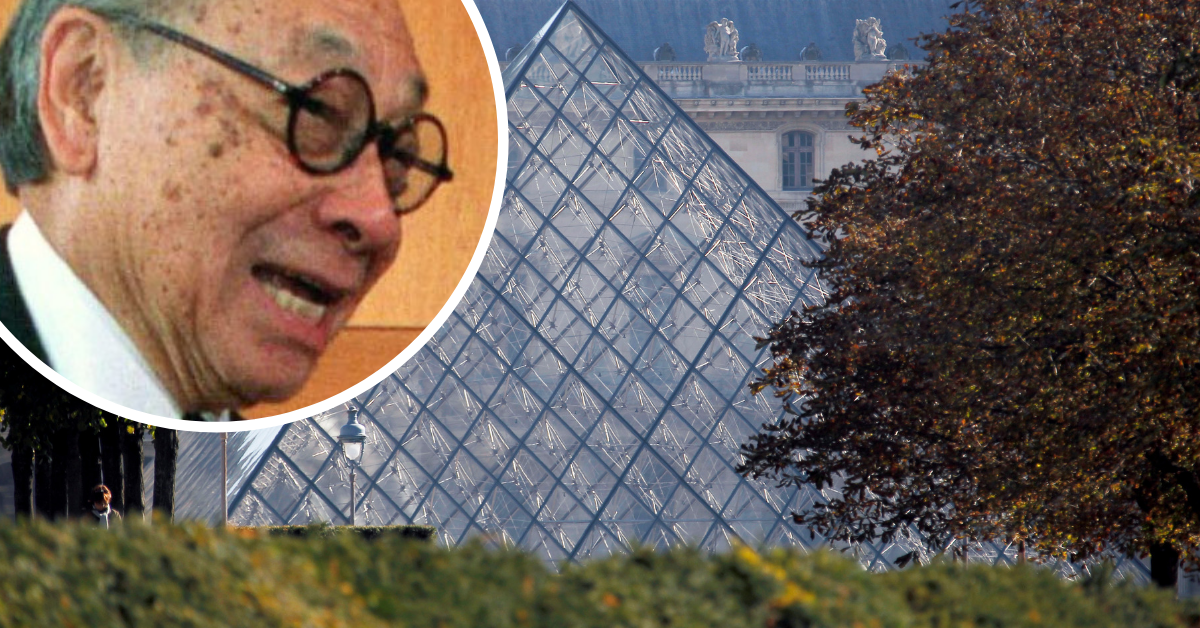 I.M. Pei, whose modern designs and high-profile projects made him one of the best-known and most prolific architects of the 20th century, has died, the New York Times reported on Thursday. He was 102.

Pei, whose portfolio included a controversial renovation of Paris’ Louvre Museum and the Rock and Roll Hall of Fame in Cleveland, died overnight, his son Chien Chung Pei told the newspaper.

Ieoh Ming Pei, the son of a prominent banker in China, left his homeland in 1935, moving to the United States and studying architecture at the Massachusetts Institute of Technology and Harvard University. After teaching and working for the U.S. government, he went to work for a New York developer in 1948 and started his own firm in 1955.

The museums, municipal buildings, hotels, schools and other structures that Pei built around the world showed precision geometry and an abstract quality with a reverence for light. They were composed of stone, steel and glass and, as with the Louvre, he often worked glass pyramids into his projects.

The Louvre, parts of which date to the 12th century, proved to be Pei’s most controversial work, starting with the fact that he was not French. After being chosen for the job by President Francois Mitterrand amid much secrecy, Pei began by making a four-month study of the museum and French history.

He created a futuristic 70-foot-tall (21-m) steel-framed, glass-walled pyramid as a grand entrance for the museum with three smaller pyramids nearby. It was a striking contrast to the existing Louvre structures in classic French style and was reviled by many French.

A French newspaper described Pei’s pyramids as “an annex to Disneyland” while an environmental group said they belonged in a desert.

Pei said the Louvre was undoubtedly the most difficult job of his career. When it opened in 1993 he said he had wanted to create a modern space that did not detract from the traditional part of the museum.

“Contemporary architects tend to impose modernity on something,” he said in an New York Times interview in 2008. “There is a certain concern for history but it’s not very deep. I understand that time has changed, we have evolved. But I don’t want to forget the beginning. A lasting architecture has to have roots.”

Other notable Pei projects include the John F. Kennedy Library in Dorchester, Massachusetts, the National Center for Atmospheric Research in Boulder, Colorado, the East Wing of the National Gallery of Art in Washington and the Dallas City Hall.

When Pei won the international Pritzker Architecture Prize in 1983, he used the $100,000 award to start a programme for aspiring Chinese architects to study in the United States.

Even though he formally retired from his firm in 1990, Pei was still taking on projects in his late 80s, such as museums in Luxembourg, Qatar and his ancestral home of Suzhou.

Pei, a slight man who wore round, owl-ish glasses, became a U.S. citizen in 1955. He was married to Eileen Loo from 1942 until her death in 2014. They had four children, two of whom became architects.

(By Bill Trott for Reuters with additional reporting by Brendan O’Brien in Chicago; Editing by Diane Craft and Cynthia Osterman)