Minister for Tourism Konrad Mizzi failed to answer journalists’ questions about whether he has asked who the owners of the two companies involved in Electrogas are: 17Black and MacBridge.

Earlier this month, Times of Malta and Reuters revealed that the company 17 Black was one of the sources of income for secret companies in Panama with Minister Konrad Mizzi and Chief of Staff Keith Schembri. Yorgen Fenech, Director of the Power Station of Electrogas in Malta was revealed to be the owner of the company 17 Black in Dubai.

Instead of answering questions about 17 Black, the Minister asked journalists to wait for the inquiry. He mentioned the results of Egrant, which in his words portrayed that he was not involved in the corruption allegations which Partit Nazzjonalista mentioned.

Environmental emissions are registered in Sicily instead

Minister for Tourism Konrad Mizzi failed to answer Newsbook.com.mt‘s question when asked about the environmental emissions. Mizzi only said that since the interconnector is producing energy in Sicily, the emissions are registered there. He added that one should visit Marsaxlokk to see the effect of the power station.

A recently published report about the state of the environment in Malta stated that the emissions in the environment from energy generators have decreased by half between 2012 and 2016. During that same time, Malta was generating energy through the interconnector and the BWSC plant. The power station of Electrogas was not working at this point. 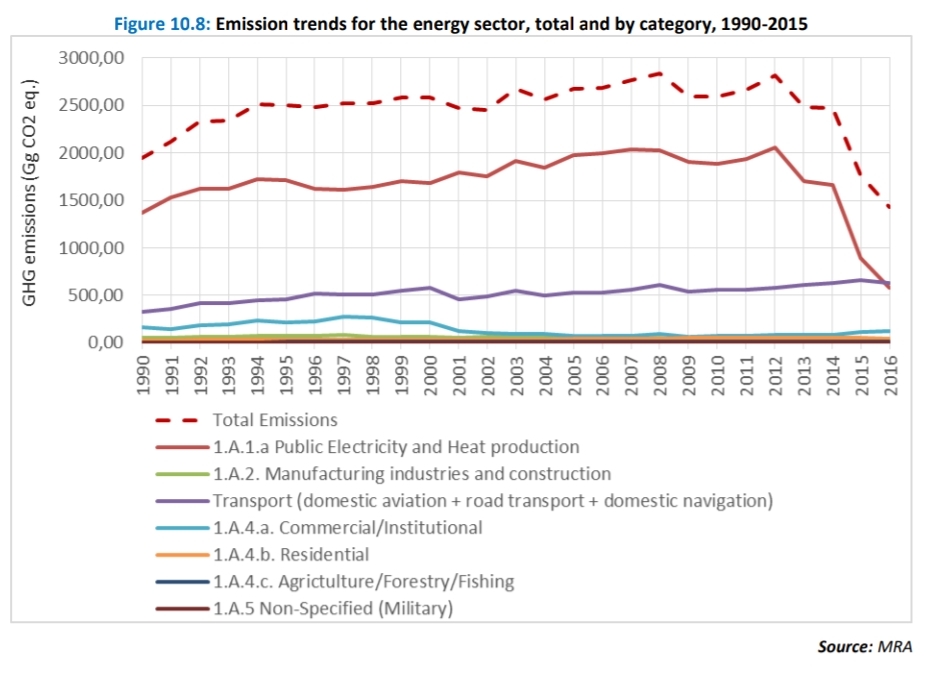 PD MEP candidate, Anthony Buttigieg has responded to the news saying the electricity generated by the power station is more expensive per unit.

So there you have it. We are paying 82 percent more per unit electricity coming from the power station… https://t.co/1enhcCQDX9

David Casa responds to the Auditor General’s report on Electrogas

BREAKING – #NAO report published just now confirms that since it started operating in 2017, #Electrogas over-invoiced Enemalta for energy provided by more than DOUBLE.

This is pure theft of taxpayers’ money in order for @KonradMizzi + @keithaschembri to line their pockets. pic.twitter.com/xTJcdQysRf

Power from the interconnector is cheaper than from Electrogas – NAO

The National Audit Office found that the electricity from the interconnector would be cheaper than the power being produced by Electrogas’ new power station, the Auditor General has said.

The report of over 500 pages, from the Auditor General found several inconsistencies in the awarding process which led to Electrogas winning the contract to build a new power station in 2013. The award would allow the company to begin supplying electricity to the Maltese national grid using on gas.

The conservative estimate calculated by the National Audit Office found that the energy generated by the power station Electrogas cost an average of € 50.64 more per unit, more than the interconnector between Malta and Sicily.

This article will continue to be updated.

The former Minister for Energy Konrad Mizzi expected to address the media at 5.15pm. The news conference will be broadcast LIVE on Newsbook.com.mt.

Response from the Energy Ministry

The Ministry for Energy and Water Management has responded to the report from the Auditor General, welcoming his comments and recognising the fairness and transparency of the bidding process.

The Ministry does acknowledge that,  ‘a number of minor administrative shortcomings were identified’ and that, ‘the selection of the ElectroGas consortium represented the most advantageous and cheapest offer for consumers.’

‘In the whole process, which was also scrutinised and approved by the European Commission, no cases of conflict of interest have resulted.’, they added.

The government is set to provide more information soon.

Fostering a greater love for reading in our children

Monique Agius   February 20, 2020
A 31-year-old man has been jailed for three years and seven months after admitting in court to stealing of battery vehicles.