With the current political crisis happening in Malta, reactions from several organisations, individuals, and groups are pouring in. 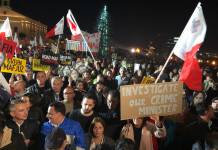 “The political situation is worsening” – KNŻ

The National Youth Council (KNŻ) has stated that the current political situation in Malta is worsening.

The Council was referring to the recent developments in Malta’s political situation, where during this night, journalists and other members of the media were confined to the room where a press conference in Castille was held. 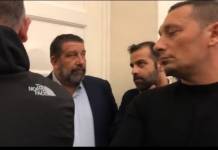 KNŻ described this event as being undignified.

The Council has condemned all forms of violence, including that attacks some journalists were exposed to while on duty. It is appealing for everyone to stay calm.

“The rights of association, free speech and press must be safeguarded by anyone and under any circumstances.”

KNŻ added that all the young people wishing to protest should do so with full respect for the law.

The National Youth Council has called for justice in relation to the case of the assassination of the investigative journalist Daphne Caruana Galizia Malta to be served as soon as possible. 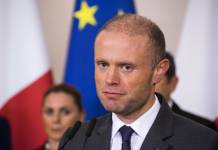 ‘Malta’s reputation has been bruised’ – IFSP

The Insitute of Financial Services Practitioners (IFSP) is demanding that all persons in positions of responsibility and leadership and linked in any way to the assassination, money laundering, abuse of public office, or corruption must step back in the national interest.

It added that Malta’s reputation as an emerging international financial services centre has taken a severe bruising recently, in spite of all the hard work industry players and practitioners have put into building this industry over a number of decades.

Friends of the Earth demands just and clean democracy

Friends of the Earth Malta (FoE) expresses grave concerns about the developments that have been evolving since the murder of journalist Daphne Caruana Galizia.

FoE Malta believes that in light of the murder itself and also the current state of Malta’s democratic institutions, the duty to expose and resist injustices has never been so critical; civil society, including environmental NGOs, are needed to be at the vanguard of free speech and justice.

Friends of the Earth Malta demands that all national institutions should be freed from political manipulation and thus serve the public interest rather than politicians and big business. There can be no environmental justice without proper/fair democratic institutions and structures, it concluded.

The General Workers’ Union (GWU) has also expressed its concern at the current situation and has appealed that the political class and the Maltese society are prudent and take caution at this delicate time.

It stated that now is the time to allow the country’s institutions and the rule of law to function properly.

In the meantime, the GWU insisted that while everyone has a right to protest and make their voice heard, it also believes that this should always be within the parameters of the law.

The Malta Employers’ Association (MEA) has issued a request to the Malta Council for Economic and Social Development (MCESD) to suspend its normal agenda and to call an urgent meeting to discuss the “unprecedented moral, reputational and political crisis” the country is passing through and its possible ramifications.

It explained that there is a growing lack of confidence in the political class among the general public that is equally shared by the business community. This disillusionment and distrust of politicians is dangerous and it is imperative for those who lead the country, both in Government and in the Opposition, to live up to their responsibilities by setting an example of good governance.

Listen: POU and MPA with 2019 wish list for Police Force

Mario Schiavone   January 27, 2020
The Vicar General of the Archdiocese of Managua, Archbishop Carlos Avilés, denounced the intimidation against the faithful by the state: “Members of the police...

Amy Borg   January 25, 2020
Lawrence Cutajar, who resigned as Police Commissioner last week, is now a consultant on public safety and logistics within the Ministry for Home Affairs. Cutajar will have a yearly financial package amounting to €31,000. This was revealed by Times of Malta this morning.