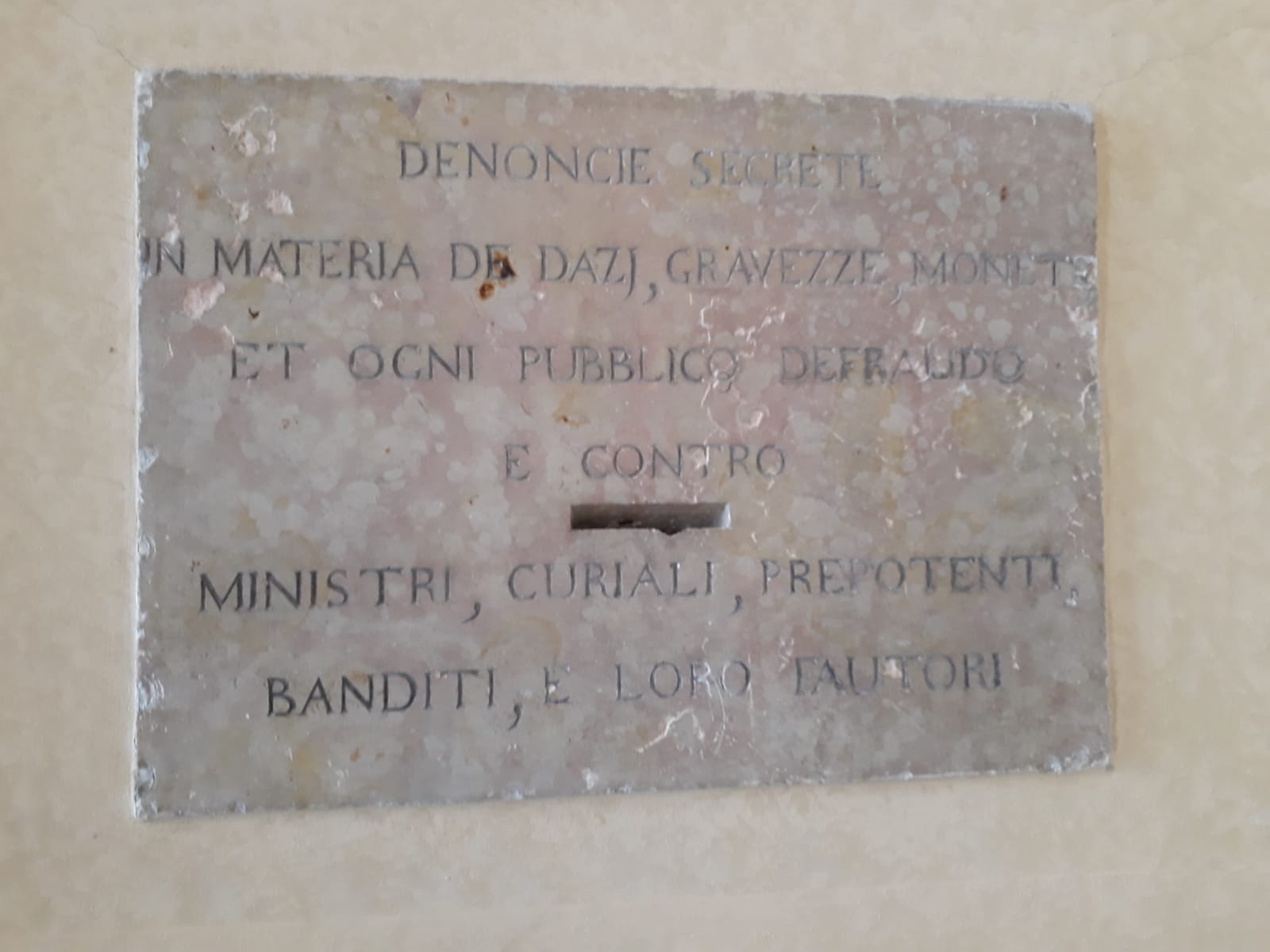 Whistleblowing has become fashionable these days. Not the wolf whistles which were prevalent in street decades ago, which heralded the passage of some notable female specimen. From there, we have thankfully moved on.

What we have not moved on from seems to be the ability or potential for taking, or being suspected of taking, backhanders. This marble plaque is a 16th Century remanent from the ruins of Castel Duino in Trieste. The inscription, in old but understandable Latin, reads:

(Translation: Secret Information. In matters relating to customs, serious matters, fiscal matters and public fraud, and against Ministers, Churchmen and other Notables)

So, it seems that whistleblowing has quite a history!