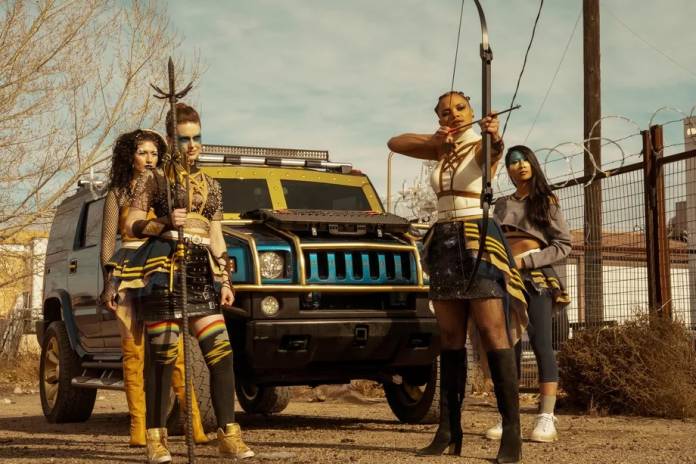 If you think you have problems selecting fact and fake, Netflix will soon be adding to your dilemmas. The go-to on demand movie company is branching out beyond scripted video and nonfiction podcasts to create fictional podcasts.

Entitled The Only Podcast Left, Variety.com  described it as a fictional companion to its new apocalyptic zombie show Daybreak. The podcast takes place in Daybreak’s universe and tells the story of a group of teens who make a podcast during the apocalypse. It’ll exclusively be available through Spotify until December 12th, which is when it’ll be released on other platforms. As show runner and head writer it got Aron Coleite on board and he is also executive producer.

“Netflix is an amazing creative partner. When they asked us to do a narrative podcast in the Daybreak world, we came back with the most insane idea we could think of and they didn’t even blink. In fact they got even more excited about what we were trying to create,” said Coleite told Variety.

The technology specialist site The Verge reported that  Netflix already produces companion podcasts for some of its content, including a behind-the-scenes show about Stranger Things, and another called You Can’t Make This Up about how Netflix filmmakers create their true crime dramas. Other video content platforms are also dabbling in podcasts. HBO created a companion show for Chernobyl, for instance, and CBS Studios plans to release a Star Trek companion show.

The big idea with these programs so far, said The Verge, has been a bit of fan service and in some cases giving people a place to learn more about the process behind their favourite shows. With this newest show, however, Netflix is expanding a proprietary narrative universe. Podcasts are cheaper, easier, and less time-intensive to produce than video content, so it makes sense studios would try them as a strategy to further bring people into their world.

(Adapted from Variety.com and The Verge )