Deputy PM and Minister for Health Chris Fearne has tweeted the arrival of the UK Covid-19 variant to Malta. This was also confirmed by the Superintendent of Public Health, Prof. Charmaine Gauci, who announced that 3 cases have been found in Malta.

Gauci said this during a live press briefing. She explained that 2 cases were foreigners, having just arrived from the UK. The third case, however, is a 75-year-old Maltese woman. Investigations are ongoing as to how she contracted this strain. Gauci went on to say that this strain does not indicate an increase in the severity of the virus, but rather a 70% increase in transmission rate. 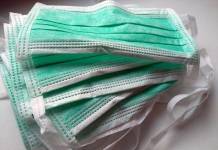 Fearne’s tweet follows a series of questions sent by Newsbook.com.mt to the government after informed sources told Newsbook.com.mt the variant of the Covid-19 originally found in the United Kinkdom had been identified in Malta. Our sources said that since this mutation had already spread to some other countries it was only a matter of time before it reaches our shores. The same sources said that the virus has many forms of mutations but is classified as a variant since the mutation seems consistent.

Monday night reliable sources informed Newsbook.com.mt that the presence of the variant in Malta was confirmed by experts. Tuesday early afternoon, after a second source confirmed the story, Newsbook.com.mt sent questions to the Ministry of Health.

The Ministry ignored our questions till Fearne posted his tweet.

Several experts who spoke with Newsbook.com.mt said that the variant is about 70% more contagious than the original version of the virus. They said that it is still the same virus and whoever is infected will have the same effects as one would have if infected with the original virus.

The same experts said that based on current knowledge one could say that the Pfizer virus being administered in Malta is effective against this variant. They emphasised the use of masks, the keeping of social distancing and frequent washing of hands.

The registration of the UK variant in Malta will create new challenges due to the strain’s heightened infectivity and transmission said the Partit Nazzjonalista in a statement. Promising to do its part in helping stop the spread of the virus in Malta, the PN said that public health, particularly that of the ill, elderly and vulnerable must remain a priority for government. It appealed to government to see that all health precautions are enforced to avoid unnecessary strain on the health front liners.

Brexit will not affect operations at Mater Dei – Fearne