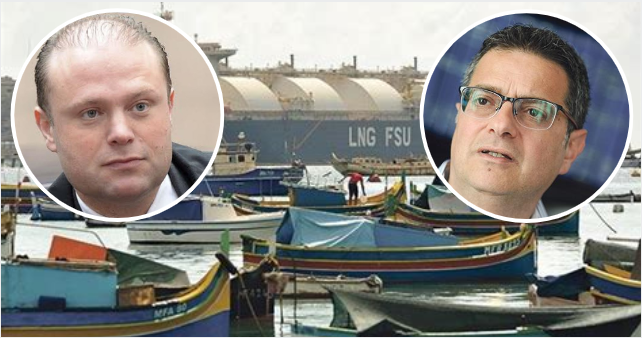 The NAO report on the Delimara Power Station was the main topic for both major political leaders in their Sunday service to their followers. Surprisingly, or perhaps not, both leaders expressed themselves satisfied with the report, particularly in the light od what they chose to focus on.  What PN Leader Delia sees as a damning report, PM Muscat sees as satisfactory with a minor rap on the knuckles.

Muscat says he is ‘satisfied’

Prime Minister Joseph Muscat’s ‘satisfaction’ stems from what he described as the Auditor General’s affirmation that the Electrogas bid was the best and the cheapest one, glossing over what he termed as a rap on the knuckles for administrative errors. He criticised the Auditor General for certain calculations, saying that while the cost of the power station was amortised into the final price, the cost of the interconnector was not.

Referring to the 17 Black controversy, where this offshore company, the property of Electrogas Chairman Yorgen Fenech, which was to pump €5000 daily into the Panamian accounts belonging to Minister Konrad Mizzi and OPM Chief of Staff Keith Schembri, Prime Minister Muscat ignored the issue and referred to allegations on PN MP Jason Azzopardi and allegations on the Leader of the Opposition Adrian Delia.

Delia calls for a shouldering of responsibility

Taking this jibe by the horns, PN Opposition Leader Adrian Delia challenged the Prime Minister, offering him a full viewing of any documentation, averring that he had never done anything wrong as a politician or as a legal practitioner. He called these allegations as ‘completely baseless allegations’ based on ‘spin’ and which he ‘categorically denied

Homing in on the main theme of the NAO report, Delia said that this report is a 500 page exercised of incessant condemnation by the Auditor General. He said that in a party exercise to check the assertions and reactions of government about this report, Delia said that all these were found to be the opposite of what actually was written in the report. Delia said that the difference between criminal an political responsibility still has to be acknowledged by government and shouldered by the appropriate people, such as those involved in the 17 Black scandal.