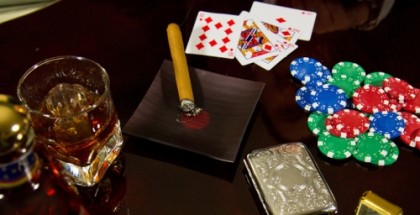 After a day’s work, Miriam* arrived home. Laden with shopping and irritated that she had to park some way away from her house, Miriam trudged to her door, mulling over her planned meal and longed for rest. Three fractious children in tow helped very little towards her serenity. She inserted the key in the lock. Tried to, but the key got stuck. Perplexed and not a little annoyed, Miriam tried again, shaking the key and the door in her frustration. The door opened, not through the good services of the key. It opened from the inside. A burly man was standing in the doorway. Not her man, slight in stature, well mannered with a quiet clerical job.

“You don’t live here any more” was the trite remark. “Your husband gambled this house on election results and lost”. Miriam’s Calvary was only just starting.

This story happened in 2008. Fast forward to this week. All those who come for help from gamblig addiction have, at some point contemplated suicide; some have even tried it but were rescued in time. This is how Joe Chetcuti, leader of Gamblers Anonymous, introduced the listeners of Newsline on RTK 103fm to the issue of compulsive gambling.

A compulsive gambler fills his days with gambling, lies incessantly and is generally an addictive personality. He described the personality compulsive gamblers are completely normal, come from different strata of society and are well socially adjusted. However, when they see an opportunity to gamble, the simply cannot resist. Their life is centred around the need to gamble and a radical change of lifestyle is required to get out of this treadmill. More so when, relatives of gambler describe their homes as ‘a living hell’ with tales of houses repossessed, of threatening phone calls and of an obsession with hiding anything which can be turned into money to feed the gambling addiction. Even a child’s piggy bank with 75c in it.

Joe recalls how, after 30 years of volunteering in this sector, he still get emotional when hearing the tales of gamblers seeking help and of their families. This addiction, said Chetcuti, is one of the most pernicious. “ Some have had up to four addictions: sex, drugs, alcohol and gambling, and they recover from all but gambling” said Chetcuti. He said that the sums owed by gamblers are often astronomical and they revert to usury to fund their addiction. He warned families to monitor their children’s use of the internet as gambling can be a very private thing, done in the solitary relationship with one’s mobile.

James* was an engineer. He was well connected and worked freelance on call basis. He would sort out engineering problems in factories as they cropped up and his business was thriving. Until he discovered online gambling. His clients dropped him as calls for help went unanswered. James preferred his online gambling. From riches to rags, James eventually sought the help of Gamblers Anonymous. The support offered there is both for gamblers and, separately, for their families. The will must be there, and the will must be very, very, strong concluded Joe Chetcuti, but coming to GA is a keystone on which one can build a future.

Gamblers Anonymous meets at 5 Lion’s Street, Floriana and Joe can be contacted on 25906600.

*All names have been changed to protect identities.